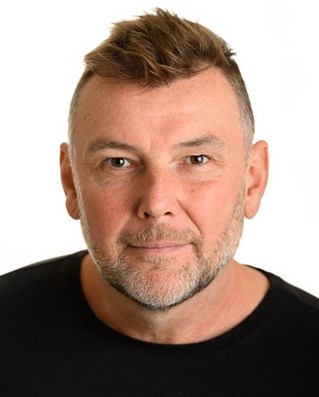 Firstly, a massive thank you to everyone who attended the Member’s Reception last Thursday at the lovely Bealim House. I also wish to thank our Sponsors for the evening who made such a great night possible. There were some really good conversations happening that I was lucky enough to take part in. I thought I would add some thoughts on top of my opening speech which I hope will stimulate more debate.

You get weeks like this. When a convergence of reports, experiences, poignant happenings and chance conversations perhaps lead to more questions than answers. The week starts with the release of the “Health Equity in England: The Marmot Review 10 Years On” report that poses significant challenges to policy makers, alongside a reminder of the importance of personal choices, however, the concept of choice seems in itself a matter of privilege. There are so many things that the individual often has no control of, whether that is the quality of the home they live in (and in many deprived communities don’t own), the availability of reliable transport or employment within walking or cycling distance or the availability of positive public spaces and play that don’t require an entry fee or a purchase to be made.

Having been born in the North East and having lived through the economic restructuring since the late 1970’s that planted the seeds of the current levels of deprivation in many of our communities across the North face on a daily basis, the outlook still looks bleak.  On Monday a presentation from IPPR North at our local RAPC meeting, based on the recently published “Divided and connected: Regional inequalities in the North, the UK and the developed world – State of the North 2019” demonstrated just how far the gap was widening between the haves and have nots. Whilst London still retains many deprived communities the national picture of the UK mirrors the continental scale divisions between the east and west in Europe. Whilst economic growth or the lack of it, however that is measures and with the outcome of some kind of paid work is one measure, the persistent problems of lower life expectancy (alongside lower healthy life expectancy), opportunity and social mobility remain a characteristic. Quite poignantly unemployment per se is not necessarily the key problem, perhaps pointing to the malaise of insecure and poorly paid work stacked in the favour of the employer.

So, in the face of what seems like intractable problems I was left with the question, that can I, as a Planning professional do? Clearly there are structural problems in the economy and some evidence points to the disbenefits of centralised government as opposed to devolution where, taking Greater Manchester as an example, in-roads are being made into climate change, homelessness, natural capital and more sustainable transport. What characterises these successes is both continuity of investment and governance and latterly, planning powers.

A key aspect of the recent Health Equity in England report is the role of place and community as a determinant of health. Turning the curve is going to be challenging in the face of deep cuts in public spending in key areas outside of Social Care. Spending on Planning has been reduced on average by 59% reducing many of the activities of councils to a one-dimensional regulatory function focussed on land supply and fending off the worst excesses of the plc housebuilders. Whilst government funding has clearly been made available this has often been a thinly disguised road building programme facilitating development in often unsustainable locations. Where viability is marginal the proactive role of the public sector is key to transforming places and regenerating the hard to reach places that have been characterised as ‘forgotten’. I am old enough to remember when Planning was at the heart of this re-visioning of place, stymied in many cases, after years of work, by austerity and centralisation of funding. In the North East, I still characterise regeneration and placemaking as like trying to start the car on a cold morning, in stark contrast to many local authorities I deliver training for in the south. However, what both often have in common is the challenge of delivering appropriate density and mixed-use schemes close the town centre on previously developed land.

If the centres of our towns and cities are to thrive, we need to vision an alternative future that does not rely on the private car not just because of the impact on the environment but because of the impact on places. How many of us have driven past an anonymous Premier Inn and public house adjacent to a roundabout on a distributor road leading to monotonous suburbs and thought ‘is this it?’. The next generation are actively choosing not to drive, and entrepreneurs seem to increasingly favour historic places with character in which to establish start-ups in a variety of industries. The ‘Toxic High Street’ has in many ways developed as a consequence of a lack of people living within walking distance or convenient public transport having money to spend on more than just survival. Additionally, the walking and cycling journey from the suburbs to the centre is often marred by the ring road, take-away lined streets and congestion that also characterises the living conditions of the ‘doughnut of despair’ around many urban centres. The metrics that we use to measure success in our efforts need to change; with a call for more sophisticated measures such as wellbeing and the environment and overall social conditions in the recent UK 2070 “Make No Little Plans”, there is a need to measure more than growth in the economy.

In a personally drawn gloomy picture, that I make no apology for, there is hope. I call for a renewed debate about the role of Planning in securing a more sustainable future where fewer people are left behind. After having had the pleasure of meeting new entrants to the profession through being a visiting lecturer I sense that we need to inspire a new generation of Planners before they become mired in the regulatory world, the compromises of commercial pressure and the housing numbers game. It is great to see the Institute campaigning for the role of Chief Planning Officer to be reinstated at the high table of local government, however many experienced and able staff members have left the profession following cuts, natural wastage and being in the difficult position of trying to secure value in desperate circumstances. How many of us have seen the quality of a scheme evaporate in terms of public goods on the grounds of viability, only to be somewhat sickened by the annual profits of some well-known names.

The proposed Public Sector project that the North East Region are trying to establish is a key potential mechanism to attract more public sector members to the Institute. This is an essential part of us and Planners, across all sectors, sharing best practice and celebrating the role of the profession as a convenor and enabler. Above all, and I seek agreement and dissent in equal measure to this statement, that Planners are best placed to bring together not just the built environment professions but communities and developers around a common cause. The skills set of a Planner is formidable and by nature generalist, however this gives us an understanding of place that extends beyond buildings, landscape, viability, economics, green infrastructure and housing into the very stuff of life, our habitat, the realm of citizen. The synthesis of this is an artform that needs to be taken back and owned, in the round, and championed. Where places work there is often a strand of leadership and vision that has been seeded many years ago, we must support our public sector colleagues and the work they do, as this set’s the scene for what is to come. Not many professions have the holistic understanding of place that Planners have, we need to rebuild trust and faith in the art and the science, if we are to imagine a better future.

So, this is a call to action; in the short term we need to raise the profile of Planning as a key part of the solution to the Climate Emergency and the burgeoning crisis in health and inequalities. This should not just be fine words or aspirations; this needs to be the reality check that underpins our daily practice. Is that scheme really a walkable and connected place, is there sufficient natural surveillance over that greenspace and is it multifunctional? As a profession we are often set against each other, using many of our skills to debate over matters that should not be in dispute. As professionals we need to re-establish some core values that underpin our practice that is visible on the ground, outside of the vagaries of legal precedent.  In the medium term the promises of Central Government about ‘levelling up’ need to be contextualised within a plan. Scattered investment in short term fixes don’t have the impact, referring back to the Health Equity in England report the case study of Malmo highlights the need for a plan, in this case 20 twenty years, that covers not only development but the wider regeneration and curation of a community. The considered and targeted investment highlighted demonstrates the value of securing multiple benefits that reflect community aspirations. In the long term we need to ensure that communities who are the long term owners of place have a greater understanding of the mechanisms that underpin the planning and development process in order to secure their knowledge, experience and consent to the transformation that will be required if we are to imagine a sustainable future.

I am proud to be a RTPI Chartered Planner, it is an immense joy and privilege to be part of the Institute and I hope to at least try to raise the debate about what we do and how our work will be recognised.