This award is presented to RTPI members (all classes) who have served and contributed substantially to the RTPI in various capacities, according to the following criteria set by the Institute. The award consists of a certificate which is presented to the selected individual on the occasion of RTPI General Assembly or at any other significant events and opportunities. This award recognizes excellence in service to the industry, which benefits RTPI members at large. 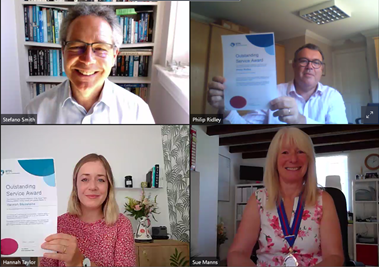 The criteria for the award are as follows:

All nominations for an Outstanding Service Award should be referred in the first instance to the Nominations Sub-Committee for them to consider whether the eligibility criteria are met before they could recommend this further to the Board of Trustees for their decision.

If selected, the recipients of an Outstanding Services Award should be permitted to use a logo on their website recognising the award.

Please note, the decision will be taken on merit basis and no further feedback will be shared on non-selection.

The recipients of the Outstanding Service Award are as follows: