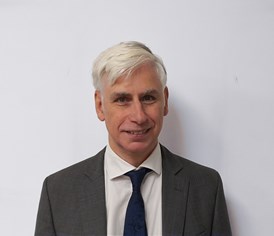 Richard Blyth FRTPI is the RTPI’s Head of Policy, Practice and Research. This is the fourth in a series of weekly blog posts from Richard on the RTPI’s key asks of the government concerning its proposals for reform of the planning system. Read the first post here, the second here and the third here.

So, it has finally happened.

Government policy in England has come out firmly in favour of the ability of local authorities to refuse poorly-designed planning applications. This is great step forward. In our response to MHCLG’s consultation, we set out how it can often be hard for an LPA to refuse a scheme only on the grounds of bad design.

This is also a long, long way from my early days in planning when Circular 22/80 (that’s 1980 to youngsters by the way) paragraph 19 said that planning authorities 'should recognize that aesthetics is an extremely subjective matter ... they should not therefore impose their tastes on developers simply because they believe them to be superior'.

A lot of harm was done in the drive to grant a lot of planning permissions that way in the 1980s, many of them on greenfields only accessible by car, and we as a country have learned our lesson.

To help the drive towards better design, the Government has also this week published the final version of the National Model Design Code and its guidance to local authorities on how to produce their own codes. And an Office for Place has been established which includes RTPI Chief Executive Victoria Hills and Head of the Planning Advisory Service Anna Rose on its advisory board. Victoria said this week that:

Experience from around Europe suggests that a small and agile national design taskforce like this can have a huge impact, but only if it reaches out to work with an inclusive network of local partners to build capacity and approaches that are right locally and that have local buy-in.

The Government has also responded to calls from the RTPI to increase the funding available to local planning authorities to support production of design codes by establishing funded design code pilots. Naturally we would wish the pilots to be followed by a national scheme so that all areas were funded properly to take on the additional work involved. This would be especially important if greater reliance is placed in future on decisions taken ‘upstream’ in the local plan and the design code takes over from the determination of individual planning applications.

The greater role for codes also means that in an era where action on climate and nature recovery is a key priority for nations and for communities, we need to see how they can be used to achieve real progress towards net zero, greater active travel, nature recovery and ensure people’s access to green and blue infrastructure. The RTPI has therefore commissioned a study into design codes, net zero and nature recovery, with publication of the research due in autumn 2021.

In this context, it is especially important to note that the modified National Planning Policy Framework issued also on Tuesday [20 July] includes improved messaging around flood resilience. The planning system is now required to take account of all sources of flood risk and to make as much use as possibl” of natural sources of flood risk mitigation as part of an integrated approach to flood risk management (new NPPF, para 160).

The RTPI’s position on so many aspects of development is that a holistic approach should be taken. We need to integrate across sectors and across spaces. I think the new emphasis on design is exciting and can form the starting point for such broader actions, as well as creating places which future inhabitants will cherish.

Richard Blyth: All go for self-build?

What can planners do to promote placemaking principles in Wales?

The housing design quality conundrum – what can be done about it?