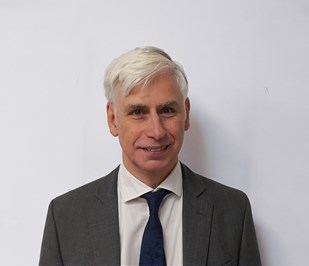 Richard Blyth FRTPI is the RTPI’s Head of Policy, Practice and Research. This is the third in a series of weekly blog posts from Richard on the RTPI’s key asks of the government concerning its proposals for reform of the planning system. Read the first post here and the second here.

The planning system in England is focused on the allocation and granting of permission on land to deliver homes and commercial development. It has not to date given such strong consideration to the impact on carbon emissions or the important role of placemaking in facilitating local living.

Meanwhile, the transport planning system often remains constrained by the traditional approach of predicting demand and providing road capacity to meet it, instead of focusing on trip reduction and the promotion of active and public transport as genuine alternatives to the private car. The transport and land use planning systems are therefore dependent on each other to deliver the outcomes we need, but each has often operated in isolation.

Given this backstory, you can imagine I was excited to see the publication yesterday of the UK Government’s Transport Decarbonisation Plan. With the planning reform also being advanced by the Government, there is a real opportunity to change how we approach transport planning for the better, integrating net-zero into planning from the outset and equipping developers with the tools, policies and security to decarbonise transport.

So have we finally reached the working together which was glimpsed when the Department for Transport and the government’s planning responsibilities were in the same department (from 1997 to 2001)?

On the plus side, the Transport Decarbonisation Plan says:

And why is this necessary?

The Government wants walking, cycling or public transport to be the natural first choice for journeys. Where developments are located, how they are designed and how well public transport services are integrated has a huge impact on whether people’s natural first choice for short journeys is on foot or by cycle, by public transport or by private car. The planning system has an important role to play in encouraging development that promotes a shift towards sustainable transport networks and the achievement of net zero transport systems. Traffic issues have often caused opposition to housebuilding. There is a legacy of developments that give people few alternatives to driving, are difficult to serve efficiently by public transport and are laid out in ways which discourage walking and cycling. Developments which are planned to minimise car use, promote sustainable transport choices, and are properly connected to existing public transport could help make new building more publicly acceptable.

It would certainly be great if national planning policy encouraged the best locations for development rather than the ones which can ‘deliver’ housing most quickly. Our Location of Development research has kept track of this issue and the third edition of this is expected shortly.

However, on the other hand the Government is also very keen that we should go on flying and driving.

It’s not about stopping people doing things: it’s about doing the same things differently. We will still fly on holiday, but in more efficient aircraft, using sustainable fuel. We will still drive on improved roads, but increasingly in zero emission cars.

Promotion of active travel depends partly on making other choices more difficult. And enabling all that flying and driving requires a lot of land, and the allocation of a large proportion of road space to private vehicles and freight. It is true that you could create space for walking and cycling alongside roads in the countryside by taking space away from fields, but in towns and cities the total road space is finite. The difficulties created by rising car traffic such as congestion and noise are not solved by altering their fuel. 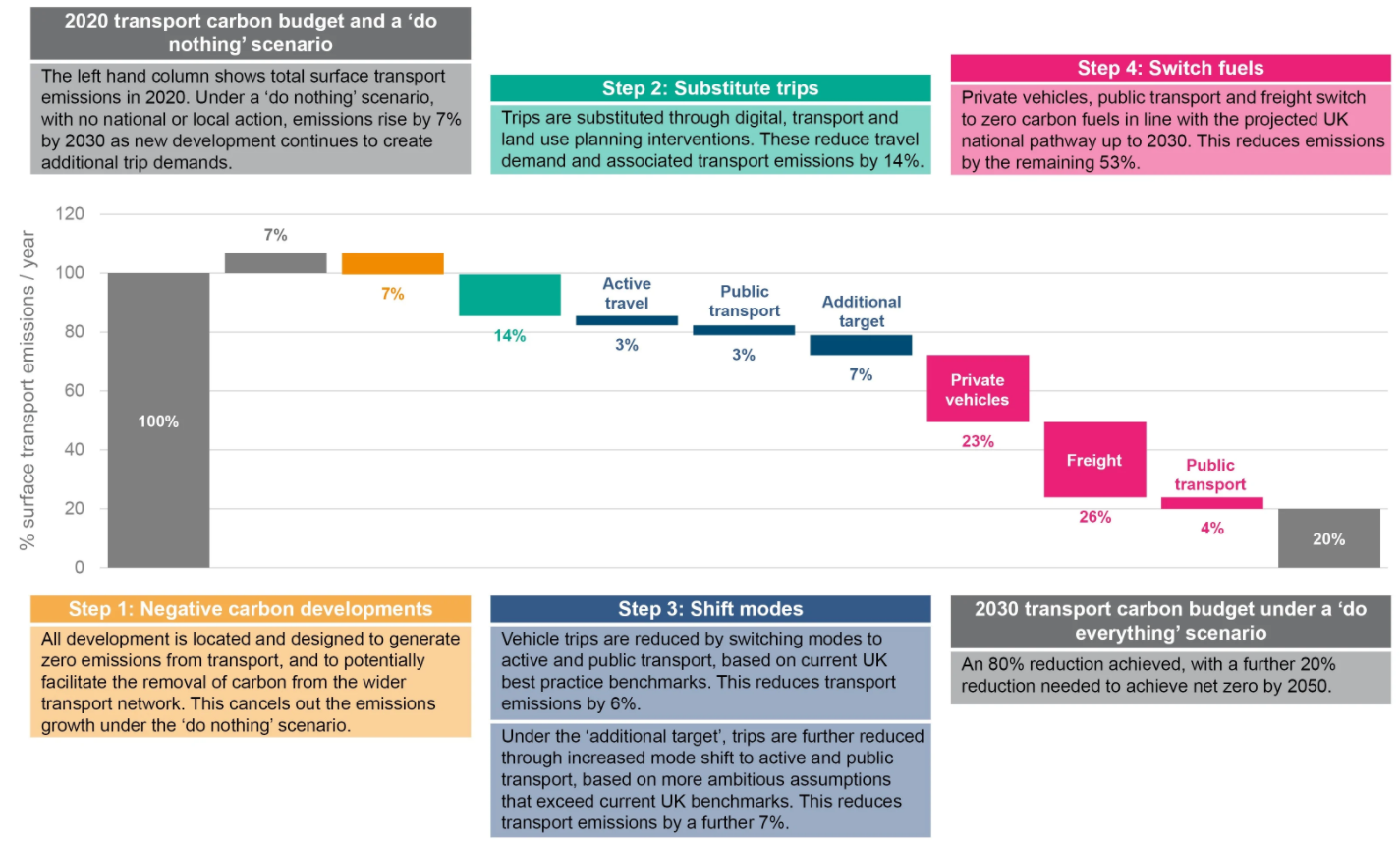 Whilst there were clear barriers to overcome, including a need for greater integration, funding and an overall behaviour shift, there are strong and realistic opportunities for spatial planning and place-based solutions to help decarbonise the transport sector.

Transport-based technology will undoubtedly continue to improve and deliver a reduction in emissions. However, in order to help decarbonise the transport sector, planning needs to work holistically, with developments and transport planning working in tandem. New developments, such as urban extensions, should be planned, designed and delivered with the aim of delivering ‘Carbon Negative Growth’. Consequently, new developments should feature net-zero transport from the start whilst also contributing to a wider reduction in emission through the encouragement of reduced travel demand and the incorporation of alternative and greener methods of travel.

Alongside the design of new developments, the renewal of current spaces must consider and ultimately incorporate methods of reducing transport emissions. Public spaces must be reimagined, reoriented and regenerated with sustainable methods of transport at their core. Whilst many places across the UK have begun to reimagine their existing developments, a ‘whole place’ approach will be most effective in creating a wholesale reduction in carbon emissions for the transport sector.

Spatial planning must begin to create visions for the future which are inherently focused upon enabling new ways of living. New and existing developments must use design to reduce the demand and use of private and fossil fuel driven vehicles and instead encourage more carbon-friendly forms of transport, ranging from elective vehicles to public and active transport.

What can town planners do for our Mother Earth?

If it ain’t broke, why fix it? A planning solicitor’s reflections on CIL and S106