Richard Blyth: what the RTPI wants to see in the draft Planning Bill 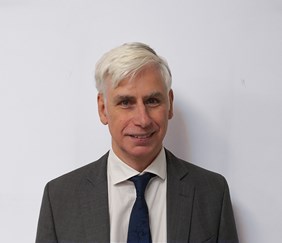 Richard Blyth FRTPI is the RTPI’s Head of Policy, Practice and Research. This is the first in a series of weekly blog posts from Richard on the RTPI’s key asks of the government concerning its proposals for reform of the planning system.

What a long way we have come in a short space of time! I’m not thinking about lockdown and a global pandemic, but about changes to the planning system in England.

After all, it was only March 2020, just before everything changed, when the UK Treasury said:

The Secretary of State for Housing, Communities and Local Government will shortly set out comprehensive reforms to bring the planning system into the 21st century, followed by a Planning White Paper in the spring. These reforms will aim to create a simpler planning system and improve the capacity, capability and performance of Local Planning Authorities (LPAs) to accelerate the development process ... The government will also explore long-term reforms to the planning system, rethinking planning from first principles, to ensure the system is providing more certainty to the public, LPAs and developers.

This set a lot of tongues wagging, but we had to wait until the sweltering summer holidays of 2020 for the Government to put pen to paper with Planning for the Future, known popularly as the ‘Planning White Paper’. That consultation paper received about 44,000 responses (including two from the RTPI) and so civil servants have had their work cut out not only dealing with those responses but also putting flesh on the bones of the proposals.

In March 2021, our paper Planning for a Better Future set out the reforms the RTPI would like to see in the draft Planning Bill:

So what might we see in the Government’s response, due any day?

On local plans, we would expect to see answers to the questions people have raised regarding how three ‘areas’ for growth, renewal and protection will work in practice. Renewal areas – in other words the areas which are already built up but are not special in any way – pose particular challenges given the variety of built-up areas and also the large numbers of people already living in them who will have views on planning proposals.

Digital planning is likely to continue to be a major plank in the Government’s approach. This does not really require legislation (other than the issue of site notices) but it would require at the very least Government to go ahead of the market and set standards. To be implemented well, digital planning reforms would also require a kind of ‘start up’ funding, and support for local planning authorities. We note that at the start of lockdown many in the public sector did not have the technology to work from home, and whilst that was fairly quickly corrected, it shows how important it is for the local public sector to be adequately resourced.

We welcome the Government’s commitment to better design, which has extended over two administrations. Funding has been released for design code pilots (an RTPI request) but many questions remain regarding the interaction of the initiative on design with the ideas for a new planning system. The design work programme is firmly anchored to delivery using the current system of planning applications - it has not evolved into a system which would work with automatic permission.

Finding a solution to linking the increase in value attendant on the grant of planning permission with the need to fund physical, social and green infrastructure has been a challenge for the planning system at least since Uthwatt reported in 1942. (One concern of those setting up the 1947 planning system was to avoid the piggy-backing on public investment that 'ribbon development' had manifested during the interwar years.) The Government’s proposed Infrastructure Levy joins a long cast list of attempts to resolve this issue. Sadly, the current north-south divide makes this a much more difficult problem than around 1947 - land with permission commands much lower values in some part of the country which makes arriving at a single percentage value for developer contributions quite problematic. We would expect to see this issue feature in the response to the consultation, but which way the Government will lean is difficult to say.

It can be tempting for governments to focus their efforts on primary legislation (Acts of Parliament) especially when they have large majorities. However, it will be apparent to readers that legislation is only a part, maybe a small part, of the effort needed for a planning reform programme. Adequate funding and a deliverable agent-of-change model that will work in a system in which the Government itself is not a major player is probably far more important. Nevertheless, the RTPI has already commenced its largest ever programme of engagement with Ministers, Peers and MPs, and will ramp this up further as we edge closer towards the passage of a Planning Bill through Parliament, expected to start in the Autumn of 2021.