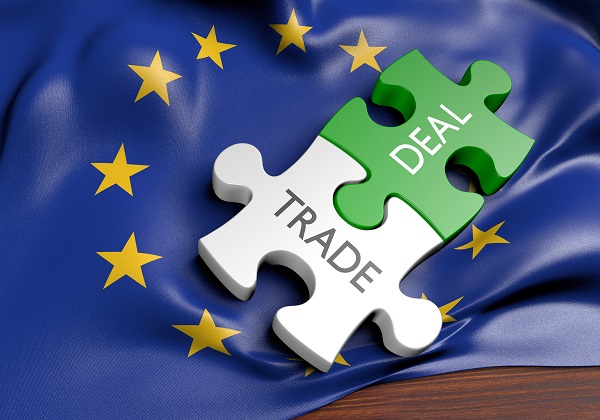 It went to the wire, but thank goodness we are leaving the EU with a deal and upholding our international reputation as law keepers. What does this mean for planning?

The RTPI has been concerned about what seemed like a trajectory towards no deal since the middle of 2019 running right up to last month. After the referendum, the RTPI called for six priorities to be met:

The RTPI has maintained a work stream on Brexit since the day of the referendum. We commissioned a scoping report on the implications within the environment field in early 2018. Our report envisaged three options of which Option B “Bespoke Free Trade Agreement” was one.

“The likely approach is that the EU will insist on a non-regression clause, covering at least a list of key areas of environmental legislation identified in the Commission presentation”

This is exactly where we are three years later.  So you read it here (kind of) first! So what does the Christmas Eve agreement entail? What parts of it are good or bad for planning? The agreement has around a thousand pages. Luckily for you I have read some of them. Title XI is called “Level Playing Field” (so the British instinct for fair play and team games lives on in the EU).  Article 7.2 on Non-regression is getting down to the meat of the pie:

Quite a win for the environment

This means the UK must maintain the current standards or be open to 'rebalancing measures' (which I suppose means restricting access to markets). (And this non-regression also applies to the EU, where, it must be said, the levels of performance vary greatly.) Article 9.3 establishes a Panel of Experts to adjudicate in disputes around the environmental provisions of the agreement.

I have been in the DEFRA trade stakeholders’ group over the last two years and I can say that this is quite a win for the environment, as no deal would have left the UK with no such commitment and this was something seriously feared by environmental NGOs.

We called for research cooperation such as the Horizon Programme, to be continued after Brexit. This is of great importance for research in accredited planning schools in the UK. The deal does not guarantee this, but does provide in Part Five a structure whereby the UK can, in future, participate in Union programmes by making a financial contribution. We call on the UK Government to enter into such an agreement on research at the earliest opportunity. Already, nearly five years since the referendum, it does seem extraordinary that an issue of such high importance to the UK’s economy as research is still not settled.

We called for common standards (e.g. for construction products) with the EU. The current “CE” standard will cease in one year’s time. As the Association for Consultancy and Engineering (ACE) says:

“Without mutual recognition of standards, the [construction] industry will need to repeatedly seek certification for products for use in EU states. The additional cost and delays involved in restrictions on product origin, double-certification and border checks will need to be factored into the pricing and programming of projects. This is also likely to have significant impact on ‘just-in-time’ procurement, which could slow down progression on construction projects and add to costs.”

The deal does not provide for any trade in services which means any RTPI member selling planning services into the EU may face barriers to doing so, and any RTPI member travelling into the EU for work (e.g. a paid speaking engagement) may have to obtain a specific work visa to do so. Moreover these arrangements would be subject to 27 different national regimes – the “whole-EU” provisions do not apply to non EU/EEA countries

Moving away from our particular concerns, all economic projections indicate that leaving the single market will have a detrimental economic impact as a result of the extra paperwork needed to trade and other new barriers:  simply not having to pay tariffs does not remove these, contrary to some perceptions. This means less tax revenue overall available to support public services across the UK. The UK government has proposed a Prosperity Fund to replace the direct grants from the EU to localities. We are concerned that this might follow the pattern of other government funding in requiring areas to bid and it is often the areas with the greatest need that have the least capacity to bid.  And devolved governments in the UK would be concerned if the fund was administered from Westminster alone. However it is really the impact on general public expenditure that needs watching closely. And that includes, I am afraid to say, public expenditure on planning services in the public sector.

The EU Withdrawal Act of the UK Parliament made provision for the preservation of “EU Retained Law”. This means that the regulations made by the UK Parliament and other Parliaments/Assemblies in the UK which “transposed” (or implemented) EU directives and regulations are saved and remain in force. Such regulations as the Habitats and Birds Regulations will be familiar to planners. They have been tweaked to alter references to the EU but otherwise are not changed.

However it is now open to governments in the UK to alter this legislation provided it achieves the same outcomes as existed on New Year’s Eve 2020. It will immediately be noted that this leaves quite a lot to be interpreted. However the UK Government has established an Office of Environmental Protection to police environmental issues in England. It is not as powerful a body as the EU Commission was, although the threat of potential disruption to trade can now be added to its armory.

A new body, Environmental Standards Scotland, was established on 1 January 2021 and will work on a non-statutory basis to support and advise on the work to create statutory governance arrangements and provide advice on the performance of the Scottish Government and relevant public authorities in complying with environmental law, improving the effectiveness of environmental law and its implementation and application.

Furthermore, as the RTPI noted in its second Brexit report, some EU legislation (at least as it was transposed here) focused on process rather than outcomes. So altering that may not be such a bad idea. The key question is how to ensure that Retained EU Law which maintained standards (e.g. of bathing water) does remain. In England the somewhat ambitious Environment Bill does commit the government to environmental targets which include provision for raising standards. It would indeed be an irony if UK standards end up exceeding EU ones in many places.

Richard Blyth: what the RTPI wants to see in the draft Planning Bill

What do new planning proposals on flood and coastal change mean?

Don’t stop me now! Why virtual planning meetings must continue