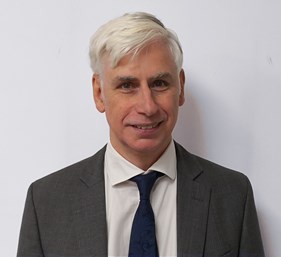 I was reminded by LinkedIn the other day that it is 10 years since I took up the role of Head of Policy at the RTPI. In some respects, that was quite a different period, but it was one in which, like today, we were in the throes of Government-led changes to the planning system in England.

Following this week’s reshuffle, we do not know the timing or content of the Government’s response to the Planning White Paper consultation. However, we do know that earlier this year the Government proposed that each authority should appoint a chief officer for design and place-making.

We recommend that the role of chief officer for design and place-making be filled by a Chartered planner. RTPI research has shown the wide-ranging benefits of having a Chief Planner at the top table in local authorities. Planners are the collaborators. They can ensure that the spatial implications of other local authority functions are considered, better informing planning decisions and local plans and making the system more effective.

The training that a planner has is fundamentally about making connections and seeing the bigger picture; these are invaluable skills to add into corporate discussions.

The Chief Officer could play a key co-ordinating role in delivery of the integrated strategies for the economy, infrastructure and environment as part of a place-based approach.

This is especially important now that – following Brexit and with the Environment Bill and Covid – renewed focus has been placed on planning the environment well and linking that to planning for housing. The Environment Bill proposes Local Nature Recovery Strategies - we go further to propose Local Environment Improvement Plans. These need a champion within senior local government leadership and we think a Chief Planner would be a great choice.

Thinking of career history reminds me that it is 37 years since I started working in planning - I have a very low RTPI membership number to prove it!

In my first job, we had a Chief Planner at the top table in our borough council. We also undertook what is now regarded as best practice in planning for housing. The council had 10 years or so previously acquired a large country estate to the east of the town and was using this as the way of meeting housing need. We put in infrastructure and sold plots off to both volume builders and individuals. I don’t recall any difficulties with build out. And, as a result, the countryside setting of a very historic town was preserved. It was a privilege to be working in a proactive plan-led atmosphere.

Of course, organograms don’t guarantee results, but I think the downgrading of planning within local government over the years and the increasing focus on planning applications has had unwelcome consequences for the quality of places that are being generated across the country.