Why is town planning important and how it can help change the world around us for the better?  Imagine what kinds of buildings your local area needs.... you might have thought about homes, offices, shops, restaurants.... what about the roads and railways, and the parks, schools and hospitals. Where should they all go?

Planners are interested in people, places and sustainability. A town planner helps find the solution to these issues and 'planning' has been around since the first settlements were built thousands of years ago, located by rivers and near to shelter and food. As populations grew and humans developed systems for making decisions, such as governments, then planning - as a set of rules - emerged as a way to manage the different demands and uses of land.  As a professional activity, town planning balances the social, economic and environmental needs of urban and rural areas. While some of the issues and technology today is very different, the reasons as to why to plan are very similar. 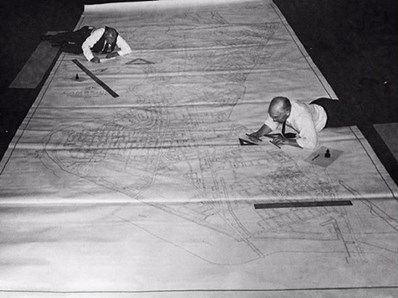 Setting out new buildings and streets

Early examples of what can be considered formal 'planning’ are found in the UK during the Georgian period, where planners of the time (builders or engineers) were ordered by the King to set out towns in such a way to support local merchants selling their goods. The established design form became the grid layout; buildings were arranged around a square connected by tree-lined streets linking formal parks and public gardens.  This approach is what is now sometimes termed 'masterplanning' or 'regeneration'.

The turn of the 18th Century saw the start of the Industrial Revolution, triggering population moves from the countryside into towns and cities to work in factories. This sudden demand for housing meant cramped buildings being built ‘back-to-back’ because at the time housing was the responsibility of private landlords. Without agreed building standards, this led to the development of overcrowded and poorly built buildings, divided up into flats, sometimes without toilets or bathrooms and a lack of lighting and ventilation.

Various reports concluded new legisation was needed and that ‘local government’ should provide clean water and other basic facilities. The first Town Planning Act was passed in 1909 which prompted the removal of what become known as ‘slum housing’ and required newly formed local authorities to implement schemes to plan for better quality buildings. Campaigners and industrialists such as Joseph Rowntree, and the Cadbury and Unilever corporations, began building new ‘model villages’ for their workers which we can still see today at places like Port Sunlight in The Wirral and Bourneville in Birmingham.

However new housing spilled into the countryside, as developers looked to use more, lower cost, land along the main roads leaving each urban areas or ‘ribbons’ of development. Ebenezer Howard had recognised that planners could change the way people lived when he wrote the book; To-morrow: A peaceful path to real reform, in 1898. He proposed a solution of 'cities surrounded by belts of green land' to prevent housing and towns sprawling into the countryside and preserve the environment.

Howard’s ideas influenced the 'Garden City' movement that aimed to bring the town and country together, with Letchworth and Welwyn as pioneer settlements. Later, a New Towns Act was passed giving the government powers to designate land for the planning and building of 'New Towns' across the UK, the first being Stevenage. 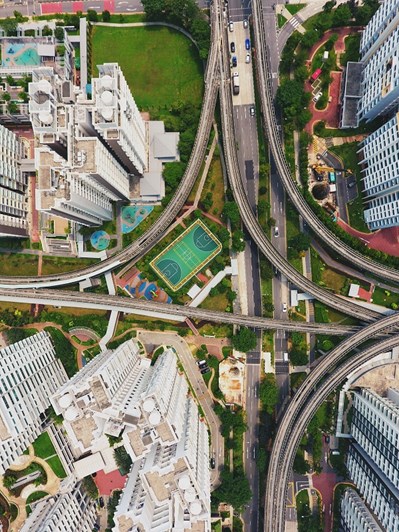 In the aftermath of the Second World War, the construction of new towns provided new problems for planners in the UK with 4million houses needed. Therefore in 1947, the government nationalised the development and use of land, and created a comprehensive planning system via a Town and Country Planning Act. These laws were fundamental in laying the foundations for the planning systems that exist today, setting many of the overall principles on how and why to plan.

Planners are still required to write policies to promote or restrict where building should go and make decisions on applications for development.

Post war redevelopment led to the construction of new roads and a rise the use of cars. The government therefore commissioned and published what was known as the 'Buchannan report' on traffic in towns in 1963. It proved highly influential to planning across the UK suggesting solutions to dealing with new-found road congestion while trying to maintain a good environment and protecting historic buildings anc 'conservation areas'.

These issues raised questions about a community desire for, and involvement in, the planning process which still remains a key tenet of the system today. In 1969, the government commissioned and published the 'Skeffington report' on public participation in planning, the same year the Queen formally recognised the role of planners by granting a royal charter to the RTPI to ‘advance the science and art of town planning’.

Following these changes, professional planners were tasked to produce county and regional ‘structure plans’ to coordinate planning decisions locally and legislation on 'local plans' was updated with a Town and Country Planning Act in 1990. While the planning system has undergone other changes in different parts of the UK since then, the main tenet of public consultation remains. With the use of technology, people now hear about plans on the web, can sometimes view 3D models of new proposals, and will then submit comments online.

The latter part of the 20th Century saw a shift in planning back to regeneration and the facilitation of economic growth with fewer rules and regulations, whereas the turn of the 21st Century saw a new focus on 'spatial planning' and 'sustainability'. This was in response to further expanding populations and impact of greenhouse gases, with environmental concerns gaining political prominence.

Planners therefore today face the continual challenge of maintaining a balance between managing development to support new housing and jobs while looking after the environment for the long term. A planner's job can generally be split into either:

Both sides of town planning are governed by the RTPI’s royal charter, and its public interest duty.  Our About planning guide gives you a taster of what you could do.