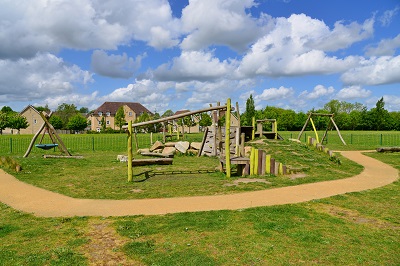 This project looks at the appropriate conditions for children to play in urban communities and assesses the factors hindering or enabling outdoor play in urban contexts using an ‘Urban Play Framework’ (UPF) to compare the state of urban play across global cities.

The RTPI supported the development of the UPF, a project led by Arup for the Real Play Coalition, and its testing in the community of Burnt Oak in the London Borough of Barnet. This report summarises the UPF and exemplifies how it has been used in Burnt Oak to build a community play profile and identify play interventions to close the ‘play gap’.

The decrease in the quantity and quality of independent play in children has been linked to increased inequality and a looming skills crisis. Urban environments in the current scenario of global rapid urbanisation pose specific challenges to the independent play of children and their healthy mental and physical development.

Of the 4 billion people living in urban areas today, nearly a third of them are children and 300 million of these live in urban slums. The latest UNICEF Urban Population Report estimates that by 2050 almost 70 per cent of the world’s children will live in urban areas.

Unplanned and poorly planned urbanisation as well as under resourced planning services in both the developed and developing world are placing a premium on accessible green space. Children-friendly community spaces and facilities, parks and play areas are often the first casualties as cities adopt unsustainable forms of development.

This project looks at the factors hindering or enabling outdoor play in urban contexts using a common ‘urban play framework’ to compare the state of urban play across global cities. Beyond Burnt Oak, the UPF has been tested in the area ‘Town 2’ of Khayelitsha in Cape Town, South Africa and is now being rolled in other global cities.

The UPF provides a structured, granular and holistic method to understand how various urban systems relate to a child’s learning through play, by assessing the challenges and opportunities in a given urban context; and to help support, prioritise and design interventions that enable play.

Child Friendly Planning in the UK: A Review