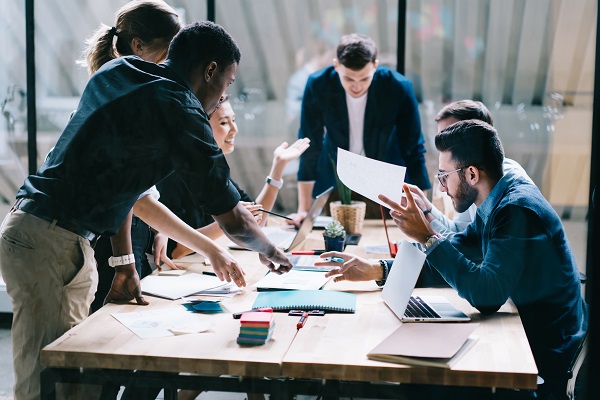 Government’s proposals to introduce land designations as part of wide-ranging planning reforms are too simplistic and, without significant investment, will not address society’s most pressing issues, the Royal Town Planning Institute (RTPI) has warned.

In its formal consultation response to the Planning for the Future white paper, the Institute calls for the introduction of Green Growth Boards (GGBs) to deliver joined-up strategies for climate action, infrastructure, housing provision, health and nature recovery.

The GGBs, which would sit across local authority boundaries, would steer the Local Plan and ensure alignment with other key strategies including economic growth, transport, climate and health. The GGBs would contain Members from each Council, supported by relevant lead officers.

A chartered planner, preferably a local authority chief place-maker, should sit on the board to ensure that strategic planning issues are properly represented, says the RTPI.

Chief Executive of the Institute, Victoria Hills, said: “The White Paper proposals need to recognise the value of strategic, proactive planning. This cannot be underestimated, especially as we battle the current Covid-19 pandemic. The crisis has made it absolutely clear that it is not enough for the government to view planning for new housing in isolation from the other key activities at local level.

The response, which is accompanied by an essay on additional issues, also calls for any new planning legislation to clearly align with the legal requirements of the Climate Change Act, enshrining the principle that development must positively contribute to net zero carbon targets when it comes to transport, energy and design.

Informed by extensive engagement with members through a series of roundtables, and discussions with other built environment professionals, the response sets out in detail concerns about the proposed land designations.

The broad-brush ‘Renewal Areas’ would be too complex to work in practice, it says, and do not reflect the complexity of our existing towns and cities. Far more work is needed to unpick this concept.

‘Protected Areas’ must not simply protect but enhance ecosystems and natural capital, aligned with a Local Environment Improvement Plan.

Infrastructure and the housing crisis

Ms Hills makes the point that the proposed Infrastructure Levy is also too simplistic.

“While a single flat rate tax sounds appealing, it cannot work for the country as a whole,” she says. “Set the rate too high, and you risk preventing development from coming forward in struggling areas or complex brownfield sites, set it too low and profitable developments will not make a fair contribution to affordable housing and critical infrastructure. It doesn’t address the bigger issue – the lack of proper investment by government in affordable housing”

To tackle the housing crisis, the RTPI is calling on the government to substantially increase public subsidy for the direct delivery of affordable homes by councils and registered providers. This would allow developer contributions to focus on the infrastructure that communities need, while supporting better development in the right locations.

The transition to a new system

The Institute also calls for a targeted public awareness campaign to raise awareness of the purpose and benefits of good planning, saying proposals to front-load community engagement in the Local Plan is ‘a major cultural shift’. It also calls on the government to explore the idea of locally agreed Permitted Development Rights (PDR) codes to mitigate concerns about the lack of democratic oversight under PDR.

The RTPI welcomes the government’s commitment to install a chief placemaker in every local authority but insists that this role should be filled by a qualified chartered planner. The Institute also welcomes commitments to invest in the creation of standardised, digital and web-based Local Plans, with machine-readable policies and codes, which reflect many of the principles set out with the Connected Places Catapult in 2019 . However, it cautions that technology must enhance, not substitute traditional models of public engagement

Central to the RTPI’s demands is extra resourcing. Without this, it has previously warned, planning reforms could slow housebuilding in England.In its submission to the Comprehensive Spending Review, the Institute called for £500m over the next four years to adequately resource local planning authorities. This would be broken down into nine sub-funds.

The response draws on RTPI research including Priorities for Planning Reform in England, Plan the World We Need and Invest and Prosper.

NPF4 must be ‘deliverable, connected and influential’, says RTPI Scotland