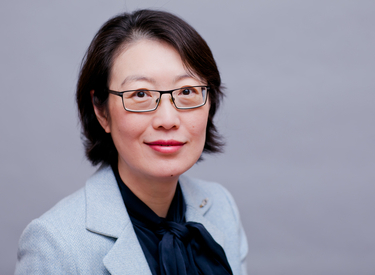 The Construction Industry Council (CIC) has appointed Past President of the RTPI Dr Wei Yang as the new Deputy Chair commencing with immediate effect. Wei will be the first female Chair in CIC’s 34 year history and her appointment creates a majority of women on the CIC Board.

"I’m delighted to have been appointed as the new Deputy Chair of the CIC,” said Dr Wei Yang. “It is a pleasure not only to represent the planning industry, but to represent women in the built environment industry as the Council’s first female chair. I would like to lead with empathy, inclusivity, and creativity and to work closely with our fellow Council members at the CIC to create genuine, positive change within the built environment sector.”

Wei is a Fellow of Academy of Social Sciences, a Fellow of the RTPI, a Member of Chartered Institute of Highway and Transportation (CHIT), a Royal Institute of British Architects (RIBA) Client Advisor, and an Honorary Professor at the Bartlett Centre for Advanced Spatial Analysis, University College London. Wei is also an Independent Trustee of the Landscape Institute, Global Planners Network’s representative at the UN Habitat Professional Forum, and a board member of the British Library.

“As a planner, I am keen to forge a common and collaborative sense of purpose within the built environment industry and with good forces in the wider society. The professional boundaries are merging; what joins us together is our shared sense of purpose – what should be done now to make our world a better place for our future generations,” said Dr Wei Yang.

Wei takes over from former CIC Chair Professor Stephen Hodder MBE who has been the integral lead on CIC’s Climate Change work and will stay engaged with CIC as Chair of our Climate Change Committee.

CIC Chair Justin Sullivan welcomed Wei’s appointment saying: “I would like to congratulate Wei on her new position as Deputy Chair of CIC and as the first female Chair for CIC.  I would also like to thank Professor Stephen Hodder for all his hard work during his term of office, especially the ‘Climate Change Action plan for the Professional Institutions’’ which he was the driving force behind.  This was an extremely significant valuable piece of work which Stephen presented at COP26 in Glasgow.  I would also like to thank Stephen for his continued support during my term and I look forward to welcoming and working with Wei as she begins her new role. ”