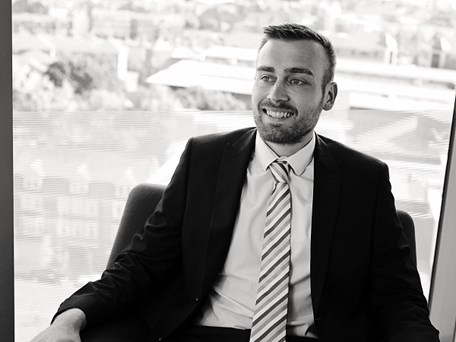 It’s rare that we town planners get to take centre stage when it comes to television, literature and film. Architecture as a profession has always been portrayed as the trendier and cooler occupation. This is evident in the fact that Grand Designs has more than 200 episodes over a 20 year period and the closest we tend to get is a throwaway line “and then they got planning permission” in the opening five minutes before all the fun stuff happens, or, occasionally, we’re the nasty bureaucrats who, like the big bad wolf, just want to blow the house down and ruin people’s dreams of building their own home.

Some would say we had our day in the sun with the early 2010’s fly-on-the-wall series “The Planners Are Coming” and “Permission Impossible”. Unfortunately, with these being released while I was studying at university, the day-to-day planning practice and gladiatorial-esque planning committees that the shows documented was largely lost on me. Watching it at the time I recall asking myself: “Why aren’t they talking about the benefits of compact cities?”, “where are the references to blueprint planning?” and “shouldn’t they at least be mentioning garden cities?”. I assumed, naively, that all the planning theory we were being taught would surely be relevant when we graduated with our degrees and started to transform the world as qualified town planners?

After three years of working in my first job in a busy development management team I had learnt the answers to those questions. Whilst I was enjoying my job, my knowledge of Le Corbusier’s “Streets in the Sky”, regional planning in the Netherlands and modern vs post-modern planning had sat idle and barely skimmed the surface of my day-to-day actions. I proudly managed to squeeze in a reference to the Bauhaus movement regarding a specific roof form in one report, but the majority of what I was writing centred on the standard stock phrases, such as “the proposed extension would appear subservient in scale to the original dwelling house and would not harm the character and appearance of the Conservation Area” or “as a result, the proposed dwelling would respect the amenities of the neighbouring properties.”

Then, a colleague of mine pointed out that a film about town planning was coming out in the cinema. “What, actually in the Cineworld?” I asked. “No, just the local independent cinemas,” she explained, but beggars can’t be choosers when it comes to town planning on the big screen. The film was “Citizen Jane: Battle for the City”, which, in a nutshell, was effectively a documentary of the biggest heavyweight town planning fight in New York between Jane Jacobs and Robert Moses who had two opposing schools of thought for how the city should be developed in the post-war years. I thought it was a smart choice of title on two levels, one a clever play on a very famous film, and, two the “Battle for the City” part was ambiguous enough to potentially mislead some casual movie-goers into thinking it was about a military conflict in a city such as other titles like “Battle: Los Angeles”, both of which I must add involve large swathes of urban areas being flattened but for very different reasons.

Anyway, the film itself reignited some of the knowledge and concepts about town planning that I had learnt all those years ago in the lecture halls rather than the office. It inspired me enough in fact, to fire up my computer, go online and buy a copy of Jane Jacobs’ book “The Death and Life of Great American Cities,” which is effectively her manifesto for how town planning in cities should be done.

I know it says American cities in the title but I thought surely there’s bound to be something applicable to planning here in England. The parcel arrived, the book was unwrapped and went straight on my desk, usually a tell-tale sign that it’s next on my reading list. It soon fell down my reading list, and was relegated to the bookshelf. I thought, one day when I have enough time and have read all my other books, I’ll get round to it. If not, at least I can pretend to be very smart and educated when people come round and ask what it is about.

Fast-forward to today and with the small matter of a global pandemic, I suddenly had a lot of time on my hands. Obviously, I initially re-watched all my favourite sit-coms, sport documentaries and films but I kept looking at the spine of Jane Jacobs’ book staring back at me from my book shelf and thinking if there’s ever a time to read it, it’s now.

Would any of the advice contained within it be applicable today? Indeed, parts of what I have read would appear to be directly relevant to our post-Covid recovery and how we integrate town planning into the mitigation and recovery phases. It has spurred me to wander (at a safe social distance of course) around my local market town and think about what could be applied here and whether there are any real life examples of the book’s theories and guidance that are, knowingly or unknowingly, wrongly or rightly, being applied.

In my next blog, which will be published next week, I’ll be sharing my findings – could the Death and Life of Great American Cities, be relevant to us 59 years after its publication and in an alternative planning system?

Michael Hammond MRTPI is a Senior Planning Officer in the Planning Policy Team at Ipswich Borough Council. He graduated from Sheffield Hallam University in 2014 with a Masters’ degree in Town Planning. He has been a Chartered Member of the RTPI since 2017.