New housing ‘algorithm’ would cause more problems than it would solve, says RTPI 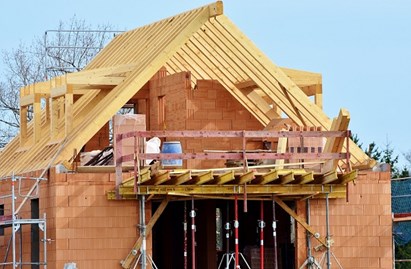 A proposed new algorithm to calculate housing need across England would cause more problems than it would solve especially in the North, the Royal Town Planning Institute (RTPI) has said.

In its formal response to the government’s consultation on Changes to the current planning system, the RTPI said the proposed new method would do little towards the prime minister’s ‘levelling up’ agenda and could actually exacerbate current imbalances in housing requirement in the north of England.

The Institute also said the new formula would result in unprecedented high housing targets in the south of England, which would be undeliverable by some local authorities due to lack of available land.

The new formula would update the current standard method, introduced in 2018, to take into account the gap between house prices and income over the past 10 years, rather than the current one year.

According to the government this would create a more agile system that would achieve better distribution of homes in more high-demand areas in line with its ambition to build 300,000 new homes a year.

But the RTPI argues that it would result in fewer homes being built in the north of England and undeliverable targets in the south.

Head of policy, Richard Blyth, called for a ‘proper democratic national debate on matters of this importance, not just a formula’.

He said: “We are concerned that the government is looking at our current planning system through the limited lens of purely achieving its gross housing target of 300,000.

“This simply does not make sense and could risk destroying large areas of countryside in the south, while leaving urban brownfield sites in the north unused.”

He added that the high numbers proposed for some parts of the country would also make it very challenging to meet wider sustainability objectives and could put too much pressure on existing infrastructure.

“Our planning system should be the mechanism to ensure that not only that the right quality homes are delivered in the right places,  but also has to include everything that is needed to ensure homes are built within economically vibrant, connected, resilient and sustainable places as we have consistently said in our Plan The World We Need campaign.”

The RTPI also said the government’s proposal for “first homes” in the consultation was too focused on home ownership, saying the planning system should enable a wider variety of models so more people can access affordable, quality housing with security of tenure now.   The Institute is calling for more exemptions to prevent developments on sensitive rural areas to be included.

The implications of the Building Safety Bill