No Deal Brexit and the planning sector 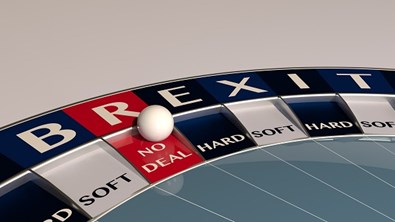 A statement from the President of the Royal Town Planning Institute

“The Prime Minister has announced that he has sought a prorogation of Parliament from September until the 14th October, which, at this point seems to make a no-deal Brexit more likely on 31st October.

"The RTPI has previously raised concerns that a no deal Brexit would adversely affect the UK economy – hitting jobs, undermining tax revenues and impacting on public services; including our already underfunded planning local authority planning departments.

"The built environment performs best when communities and investors can be confident that there is a clear and comprehensive plan for the future of the country. Brexit, ideally with a deal, will hopefully present new opportunities to attract investment and innovation into the UK’s built environment.

"However the RTPI cautions that, at this time when the country needs certainty to continue to deliver housing and infrastructure, government should not meddle further with the planning system but invest in and empower planners to provide the maximum value to the communities they serve. Now, more than ever, planners need to be front and centre of creative, strategic placemaking for economic and environmental sustainability.

"As such we are calling on government to provide certainty and to commit to; investing in infrastructure; supporting housebuilding; investing in developing the pipeline of skills needed for the built environment now and in future; and empower planners to engage in creative, strategic placemaking."

Brexit and the natural environment

Whilst legislation around spatial planning is largely a national matter within the EU, the one area of EU legislation that substantially impacts on planning concerns environmental standards.

Throughout the Brexit negotiations the RTPI, on behalf of our members, has  the need for the rigour, ambition, and clarity of EU environmental governance to be – at least – re-created in the UK, but with greater procedural flexibility on how outcomes are achieved. This is vital if we are to continue, as a nation, to be a world leader in the protection and preservation of our natural environment.

Priorities for the future

Along with our sister institutes in the built environment (RIBA, RICS, and the CIOB) we have identified six priorities for maintaining the standards of the UK built environment sector in the immediate aftermath of Brexit and in the future:

Access to Skills - The greatest strength of our sector is the skill of our workforce. The free movement of labour within the EU has been vital to the growth and flexibility of the construction sector. Access to a skilled workforce of the highest quality and a focus on developing the next generation of home-grown talent are critical to ensure we can build the homes businesses and infrastructure we need to compete globally.

Common standards – We believe that the UK has much to gain from pursuing an approach that makes it easier to do business with trading partners new and old. These common approaches have also meant that UK businesses can support best-practice in environmental and product standards, to address global issues such as climate change.

Research excellence – Our members have benefitted from the collaborative research that the EU has enabled and promoted. Our future success depends on maintaining these relationships, while forging new ties with research organisations around the world.

Investment in infrastructure – With a housing crisis, and growing concerns around energy, telecoms, road, rail and airport capacity, the Governments in the UK must seek and entice prospective investors to consider infrastructure of all kinds.

Commitment to devolution – Devolution will enable a rebalancing of the economy so that all parts of the UK can benefit from any new opportunities arising from the UK’s new relationship with the European Union and is an effective way of ensuring infrastructure spending is efficient, timely, coordinated and accountable.

Community development – Leaving the EU could present a great opportunity for the UK, but it should not be associated with a drive to the bottom in the environmental and building standards which future generations will live with.