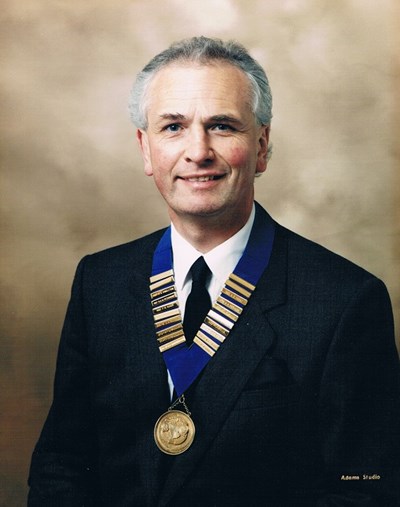 Hugh McKay was a Graduate of the Planning School at Queen's University Belfast.  He began his planning career with the Antrim and Ballymena Development Commission before joining the Department of the Environment where he progressed to become the Chief Executive of the Planning Service.  He was a man of considerable stature and total integrity.  His premature death in 2002 was a great loss to the planning profession in Northern Ireland.

RTPI NI give this award annually in his name to the Queen's University student who attains the highest marked final dissertation.  The award is usually presented by Hugh's wife Jennifer at the students graduation.

2020 joint recipients are Errin Marshall and Ethan Smyth for their dissertations:

"To what extend does integration of affordable housing have social impacts for residents in mixed tenure housing developments in Chelmford, Essex?"  (Errin Marshall)

"Smart Mobility in the Transition to Low-Carbon City Transport: A Case Study of Belfast" (Ethan Smyth)

2019 Rebekah McCullough; "Place branding theory and the promotion of dark tourism in post-conflict cities: Belfast as a case study"

2018 Dearbhla Cartin; "A research study on small and medium enterprises, response to environmental issues and the implications of the planning system"

2016 Amy Hewitt; "An examination of the role of post-productive theory and policy in maintaining a successful and sustainable rural economy in Northern Ireland"

2015  Melissa Harpur; "What effect can heritage have on the economic development of Fermanagh, Northern Ireland?"

2014  Matthew Tanswell; "An examination into how Northern Ireland can respond adequately to the conflict between planning and sustainable development"

2013  Stephen Johnston; "Is there a defence for suburbia?"

2012  Nadine Moody; "An analysis of the main factors which influence people's view on hosting wind developments in Northern Ireland"