Victoria Hills: Now is the time to act on the LURB 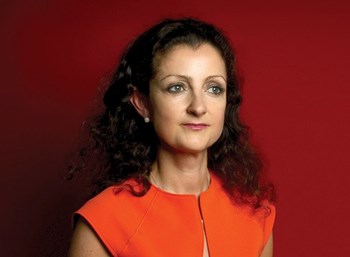 Few could have predicted the position the planning profession stands in today... a Levelling Up and Regeneration bill (LURB) that has put a strong planning system at the heart of its reforms. The RTPI and its members have, for many years, made the case for the importance of a strong and well resourced planning system, and the bill now makes its way through Parliament is proof that government has listened to some of the feedback from the sector.

With such an unsettled couple of years since the pandemic was declared in 2020, it’s easy to forget of the sharp criticisms of planning raised in the run-up to the published Planning for the Future White Paper in August 2020. However, looking back, I’m pleased that we have been able to positively influence and see the role of planning rightly restored and recognised as being essential to delivering regeneration in a proactive and positive sense.

Since the launch of the bill, the headlines have been filled with stories of street votes and high streets, which we have not shied away from contributing to where possible. But the bill and its attached policy document have proved to be more complex than initial readings suggested.

The 300+ pages of the LURB have required the full participation of the RTPI to dig into. What we’ve found is the proposal of substantial changes to England’s planning system. However, this has come at a time where government feel as though it is a constant state of flux. It is key, therefore, to remember that legislation, once presented to the house, will continue on until the next election - no matter who is prime minister.

Many of the changes found in the LURB show a clear recognition of the RTPI’s advice. We have long called for local plans to be strengthened and welcome the value placed on them in the bill. But we argue that the introduction of a single national development policy would have negative consequences on the communities that it serves.

The introduction of a framework for developer contribution rates that are set locally is further proof that the recommendations of the RTPI have been listened to. We had warned that a simplified flat rate would prevent development in more deprived areas and would not make a fair contribution in wealthier ones.

But, there is one key ask that the government has failed to meet, one which ensure that local authorities retain qualified staff within their planning teams: the inclusion of Chief Placemakers.

The LURB recognises the importance of planners in achieving its ambitions, but neglects to ensure that a ‘Chief Placemaker’, one which is a Chartered Planner, is present in each local authority. The public and other agencies need confidence that qualified professionals, working to the highest standards, are trained to support collaboration and bringing different parties together to help shape the built environment. We will continue to call for qualified planners to take up this position.

The above is just a sample of where the RTPI’s hard work has and has not been recognised. It is now our goal to ensure the RTPI’s voice and the voice of its members is well represented in the surrounding debate, and that our evidence and positions are understood.

Prior to the second reading of the bill, we’ve been reaching out to MPs to ensure our voice is heard, hosting a parliamentary drop-in briefing session to deliver RTPI advice. Our head of policy Richard Blyth will also be preparing written evidence for submission to the bill committee once formed to ensure the best interest of planners and a strong planning system is kept front and centre of the bill.

To help inform MPs of our knowledge and perspective, we’ve launched our Levelling Up Hub – a database of insights, research, and policy positions that will sit front and centre on our homepage throughout the majority of the summer months. The hub serves to demonstrate the important work of planners and will be updated regularly to help our profession and policymakers understand the potential impact, opportunities and challenges in new legislation on England’s planning system.

We encourage our members to keep a close eye on the development of the hub as our knowledge of this bill grows. Together, we can ensure the resulting bill is one that not only works for the better of planners and the planning system, but for the communities which we serve.

Planning arms us for tomorrow’s problems, not just today’s