Richard Blyth: Reflecting on the Levelling Up and Regeneration Bill 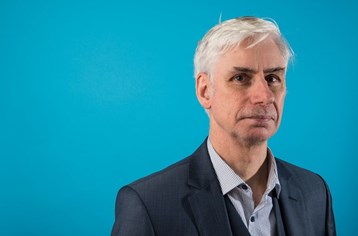 Yesterday the grandly (if unusually) titled Levelling Up and Regeneration Bill received its second reading in the House of Commons. Published to widespread surprise immediately after the Queen’s Speech last month, it contains a lot of material on planning, despite its (grand and unusual) title.

The planning profession has now had a few weeks to digest the Bill contents, in the context of the (also rather unusual) online podcast by Simon Gallagher Director of Planning at DLUCH and Joanna Averley, Chief Planner which covered the wider policy objectives of the Government.

We at the RTPI welcome the clear evidence of reflection on the part of Ministers since the publication of the Planning White Paper in summer 2020 and the large volume of responses to it. A continued role for development management alongside revamped local plans forms the backbone of the future planning system. This however will require significantly more money to make it work.

The RTPI’s research in 2019 showed how plan making has increasingly become the poor relation in planning spending, and the money coming into it has fallen very substantially. Is it surprising at all that there have been so many voices calling for local plans to be completed?

Again on money we welcome the recognition by the Government that a single Infrastructure Levy charge across all of England would be unworkable. However what is now proposed bears  a strong resemblance to CIL. We would hope that lessons are being learned from the operation of CIL. My understanding is parts of England is not covered by CIL, and it is important to understand why. The requirement for the Levy to have both no impact on “economic viability”, to generate at least as much money for affordable housing as S106 AND to have to pass an “examination” seem high hurdles to overcome.

No one likes the Duty to Cooperate do they? Well the Government has obliged by promising to remove it. However not many people like having housing delivery stymied by disagreements between local planning authorities either. And the need for planning to address issues  other than  housing, such as climate change, flooding, water quality and shortage and active travel suggest that it is not only the housing issue which requires joint working. So far the Bill limits its approach to joint working to voluntary arrangements. This is pragmatic, but pragmatism also demands an understanding of motivation. What is the reason for lack of joint working and what incentives might encourage more of it? The RTPI’s Green Growth Board concept is also based on voluntary arrangements but it would benefit hugely from financial support, even if just to run the secretariat.

I am tempted to say no one likes Environmental Impact Assessment either, but maybe I would get into trouble. When I returned to this country after working abroad the first set of EIA regulations had been published. My immediate reaction -as a visitor from outer space as it were – was to say “but planners do all this anyway!”.

The Government proposes “Environmental Outcomes Reports”. I have some sympathy with the view that it is not enough to assess the impact of a project before it is permitted: it is how it performs over time that matters too. However we must continue to measure expected impact, or else deleterious projects could still be approved. And we must not throw the baby out with the bath water. The EU based EIA and SEA systems may not have achieved as much as they could have done, but they have important provisions for the public involvement and the consideration of alternatives. These must be retained: a project like Stonehenge Tunnel shows how much this stuff matters to people.

The RTPI stands ready to engage with the Bill. We have produced a briefing for MPs, we held a drop in session for MPs on Monday in preparation for today’s second reading, and our interaction with officials will be continuing alongside the Parliamentary process. This is the biggest planning bill since 2004 and it is important that we get it right.

How integrated designed cities can provide for rounded lives

Joel Cohen: Planning is now firmly part of the conversation