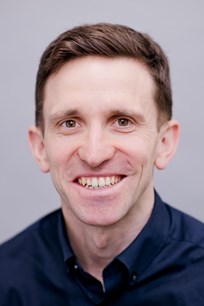 The system for developer contributions in England appears set to change or at least be subject to consultation on how it might change. Ideas were first proposed in the Planning White Paper back in 2020, and these appear to remain under active consideration in a modified version today.

The question seems to be, how best to divide the funding cake to meet the wide-ranging infrastructure needs of communities and maintain development viability. To list a few, these include: affordable housing and infrastructure, local employment and training programmes, the provision and maintenance of open space, participating in carbon offset programmes, the production of transport and construction logistics plans. With Biodiversity Net Gain possibly to be added to the list.

The government confirmed in their January 2022 response to the House of Lords Built Environment Committee report on Meeting Housing Demand that they were still exploring how a new infrastructure levy would operate.

“To address weaknesses in the existing system of developer contributions, the government is proposing to replace it with a new Infrastructure Levy, which will seek to deliver at least as much affordable housing. We are considering the details of this model, but it would also aim to reduce complexity and uncertainty and enhance the transparency of developer contributions."

This appears to remain the focus today with reports in the Telegraph over the Easter weekend (paywall) suggesting proposals to replace the current system of section 106 agreements with a “consolidated infrastructure levy” for use by local authorities to be announced shortly. The report suggests “developers would be charged a fee set as a proportion of the value of their housing project”. Subject to Cabinet sign off, it is anticipated that the Queen’s Speech on 10 May will provide further details with a consultation to be launched afterwards.

The RTPI will use the questions we raised in our response to the Planning White Paper as the lens through which to assess any new proposals, asking:

Finally, the headline for the Telegraph’s Easter story read “Michael Gove paves way for council housing explosion”. We at the RTPI, along with Janice Morphet and Ben Clifford, have shown with our research that there are strong foundations for local authorities to play a role in direct delivery.

We await further details of the government’s proposals and are ready to engage with them.

Richard Blyth: Finding a way through the nutrient maze