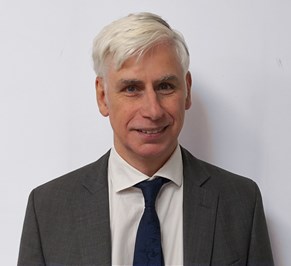 Last week we heard a lot about the Cabinet reshuffle, and in particular about the appointment of Michael Gove as Secretary of State for Levelling Up, Housing and Communities (previously Housing, Communities and Local Government).

We don’t tend to think so much about reshuffles considered from the viewpoint of those being shuffled. Following a phone call or a meeting with the prime minister, the Secretary of State taking up the lead role in a government department has to familiarise themselves rapidly with numerous policy portfolios, unknown pitfalls, a large cast of new civil servants and a multitude of stakeholders. This would a big challenge for anyone.

The change at the top in housing and planning came just when those in planning circles were eagerly anticipating the response to the 44,000 responses to the Government’s Planning White Paper. We don’t know now when that will come but Mr Gove can be assured that when it does, planners, policy experts and backbenchers will pore over it with the deep background knowledge that comes from being involved with it for a long time.

I was thinking about this as I was going through the copies of the RTPI Journal we keep in the office. Volume 1 was published in 1914. Early editions of the Journal included detailed essays of the type which I rather worry people are too busy to read these days. For over 100 years, we have been promoting excellence in bringing evidence to bear on planning matters This is even more important in the age of social media when we hear a lot of assertion but rather less information.

As a ‘learned society’, the RTPI is a member of the Academy of Social Sciences, a community of some 90,000 social scientists. Academy Fellows are leading professional social scientists from academia and the public and private sectors.

We accredit universities who wish to provide courses in urban planning, and we urge them to create and maintain centres of research excellence alongside their teaching work. For the second time around, the RTPI is contributing to the Research Excellence Framework process which evaluates university research.

That’s all very well, but what does focusing on evidence mean in practice?

In 2012, the Government introduced a National Planning Policy Framework. We decided to evaluate how well it is doing just before it was first updated. We mapped planning permissions for over 226,000 new houses granted between 2012 and 2017, focusing on major schemes of 50 or more units. We found that new housing is being located relatively close to jobs, with 74 per cent of permissions within 10km of a major employment cluster. However, we found that over half of the houses permitted are not within easy walking or cycling distance of a railway, metro or underground station. We are publishing the next biennial stage of this research - in partnership with LandTech - in December.

We have just appointed a group of researchers from universities to look at the often-overlooked area of rural planning across the UK and Ireland. Issues such as Brexit, climate change and Covid have deep implications for how the large majority of our land surface which is rural are planned.

The RTPI’s Board recently made a new commitment to the RTPI’s research function - in particular, they wish to see stronger links with planning schools and a stronger focus on making the results of planning research available to practitioners and the public. We will be publishing details of the new Research Strategy 2021-24 shortly.

We do expect some proposals for planning reform to follow the Government’s response to the Planning White Paper consultation. It is important that procedure and policy on the use of land and the wellbeing of communities is backed up by good evidence. This has not always been the case with government proposals. We welcome the appointment of a new Secretary of State with a reputation for a forensic approach to evidence and look forward to working with him on the future of planning in England.

Timothy Crawshaw: People, place and planning at the heart of the solution