Kath Haddrell: Mental health and me 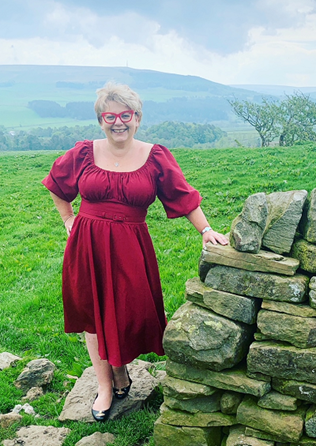 I’m Kath Haddrell, a member of the Membership and Ethics Committee and an APC assessor. I am also on the South West Regional Activities Committee.  If you looked at me, you’d probably have no idea that I have suffered with depression and anxiety or that I had a breakdown in 2015. It’s only since I was fortunate to have some seriously excellent counselling that I’ve felt able to be honest about my experiences and during a discussion in a Membership and Ethics Committee meeting, offered to write this blog. I  have also written something similar for my employer, The Planning Inspectorate.

So many people have struggled with mental as well as physical health over the last 18 months, when we’ve all had to change our lives dramatically. Chances are if you’ve not been affected, then a close friend or relative will have been. And I am sadly aware from friends and family of an increase in the number of young men taking their own lives which is utterly heart breaking. But I also know how it feels to think that your friends and family would be better off without you. That you are a burden; a loser. That the hurt and pain is too much to cope with. Depression and anxiety don’t come with warning signs, we don’t always know when other people are ok or not.

There have been some excellent documentaries about mental health recently, the one by Roman Kemp (still available on BBC I-Player). It was particularly relevant to young men and included a really excellent tip (the two ok rule) that he and his friends now use, having lost one of their group to suicide. The “two ok rule” involves  asking how someone is (because the odds are that they’ll reply “ok”) but if you ask again, or ask, “are you really ok?” you might get a more honest answer.

Some background to me

My anxiety and depression stemmed from years of being told I wasn’t good enough, to the extent that even my voice was “miserable.” If what you hear is how bad you are, over decades, you begin to believe it. It got to the point where self-harm was the only way to still the voices in my head telling me I wasn’t good enough.

And, as for many people, life was not always easy.  Both my brothers died, one due to a road traffic accident on his way to work, the other after a long battle with alcoholism and substance abuse. This  left the beautiful, blue eyed, blond haired boy I grew up with no longer recognisable. I told very few people about any of this, and even if I did, I don’t think many people really understood what my family and I were going through. (I would say that the portrayal of Alice’s alcoholism on The Archers, including her rehabilitation is very accurate).  I was dealing with grief on top of other things and to say I didn’t deal well with the grief is an understatement. Going from being the oldest in a pack of three to a single child was really hard, even in my mid-40’s, especially whilst having to be the “strong one.”

Having to deal with all that, living alone, it is perhaps not surprising that my dream job of becoming a Planning Inspector didn’t work out. I had spent almost 15 years in The Government Office for the  South West and the Planning Inspectorate, I was Chair of the Royal Town Planning Institute South West aged 32.  I was trying to be who I thought I should be and hadn’t given much thought to who I really was. I had invested so much of my identity in being a town planner and a civil servant and being “someone,” that the real me had been lost.  I ignored the fact that I absolutely thrive in teams, mentoring and being mentored, baking cakes to lift team morale, providing a listening ear for someone. Living alone and working alone from home compounded all the voices in my head telling me I wasn’t good enough. I dread to think how I would have coped with lockdown if I’d been as depressed then as I was a few years ago.

Someone who’d known me for a long time recognised that I was depressed during some training sessions where we had to work in small groups. She was very perceptive and very sensitive in raising the issue with me, because I’d been trying to bluff it out and carry on as normal - this is where the “two ok rule” could come in handy.

I will be forever grateful for the employee assistance programme that organised the counselling I had. The counselling itself was mentally exhausting and I usually left in tears and needed to go home and sleep for an hour. Learning to accept that things were not all my fault and that I was good enough was hard work. But over time, the sessions helped me to identify who I was as a person and, eventually, to have the courage to change jobs.

Since then, I have changed jobs twice and have returned to the Planning Inspectorate to a job and a team where I am thriving. I am a better planner and manager for having had more local government and private sector experience, with new friends spread from Ynys Mon to Leicestershire. And finally, aged 48 and a half, I am happy to be my authentic whole self. One who doesn’t need to be anything I’m not, one who knows I am good enough and one who is about a million times more effective now that I am not supressing the real me.

As a consequence of a long post I wrote on Facebook, a close friend went to see their GP and said that they too needed help. They and their family are much happier and stable now as a result. If one person reading this realises that they too might need help, that it’s ok to ask for help even if to the outside world they appear fine, then being this honest will have been worth it. Asking for help can be the hardest and bravest thing you might ever do and might just change your life for the better.

>> If you’re a having a difficult time or you’re worried about someone else, call Samaritans for free on 116 123 or e-mail [email protected]

If you are interested in the work of the RTPI around mental health and wellbeing please take a look at our new hub.