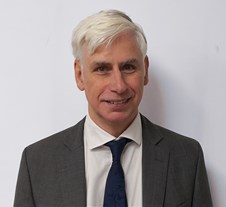 Is ‘levelling up’ a new game in town?

Since 1934, we have had support for regions with weaker economies, although it was noted at the time that the budget for ‘Special Areas’ was less than half the sugar beet subsidy.

Moving on to this century, the 2004 Spending Review PSA7 target was to

make sustainable improvements in the economic performance of all the English regions by 2008 and over the long term reduce the persistent gap in growth rates between the regions, demonstrating progress by 2006.

It’s good to have targets, but this one (as you can see) tried to do two things at once. Which is more important?

And now we have ‘levelling up’ which seems to be another attempt to close the growth gap but with less reference to improvements in the economic performance of all regions.

And, as various commentators have pointed out, it’s not just about growth. ‘Levelling up’ seems to be about something perhaps less easily measured regarding the quality of life in an area as experienced by residents. Is the local high street lively or run down? What are schools like? Are there buses to take people to where they want to go? However, the view that public services should be at least as good everywhere has not always held sway. As recently as 1958, economic adviser Sir Robert Hall, referring to the cost of health care, said

if people live in an inaccessible place they must expect to pay for it.

But isn’t ‘levelling up’ also something to do with devolution away from Whitehall to entities closer to the people, I hear you say. Well that might make sense, but recent messaging seems to treat them separately.

Both the Cameron government and the current government are keen on ‘deals’ between central and local government. Deals have the advantage over ‘bids’ in that they are discussed in a bilateral way, don’t waste council time, and cover a wide range (but probably not a wide enough range) of activities. Another advantage of deals is that they often cover wider areas – at least the ‘city’ and ‘county’ ones do.

It’s easy to draw attention to the complexity of English local government by contrast to the straightforward schemes in Wales or France. However, bottom-up complexity can have its advantages. Is it really for Whitehall to decide which parts of the country should team up with which other parts? Can you really use statistics to define areas for political activity when so much depends on people’s loyalties?

The question on all planners’ lips is how this links to the Planning White Paper. Given the ‘deal’ approach, this was always going to be a difficult question. If local plans are going to grant outline permission, who will prepare them? As it currently stands, Wiltshire (and, in the future, North Yorkshire) will have one plan while ceremonial Kent could have 13.

Recent precedents are confusing. The Combined Authorities all have different approaches to planning as result of their different deals. Greater Manchester has taken a detailed approach, arguably leading to it losing one of the constituent parts (Stockport) from its plan. West Midlands does not cover planning at all. As new deals are agreed and as existing deals are revised, one question for MHCLG is how much importance it attaches to joined-up spatial planning. Should it be a condition of future deals? How can the problems of Greater Manchester be avoided? Should site-by-site planning be avoided for wide areas and ‘broad allocations’ be reintroduced?

Planning can sometimes struggle in devolution discussions. It has an incredibly low budget compared to other parts of local government, and councils can be mainly concerned with how highways, social services, education and skills work in future arrangements. The RTPI sees planning as highly relevant to many other local government services: our Green Growth Boards proposal would see planning for transport, the environment and housing aligning with each other and across wider areas.

On 7 September, the RTPI and the Broadway Initiative will be holding a ministerial conference to discuss how the environment and planning may work in future at the local level. Look out for details of how to sign up.

How integrated designed cities can provide for rounded lives

Joel Cohen: Planning is now firmly part of the conversation