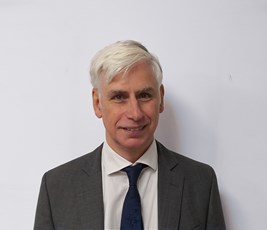 On this day last year, I was able to travel by train to France for a week’s holiday.

Given my job, I chose a bad day to go on holiday (or was it a good one?) because a day later the Ministry of Housing, Communities and Local Government (MHCLG) published Planning for the Future, known in the trade as the Planning White Paper 2020.

The UK government proposed a major shake-up of the planning system in England including notably a move towards using plans to provide permission in principle for developments in much of the country. MHCLG provided for a consultation period of 12 weeks – useful given it was the holidays – and received a reported 44,000 responses from the public. This is very appropriate given that one of the themes of the White Paper was the need for increased public engagement in planning!

The England Policy Panel of the RTPI responded in October 2020 expressing enthusiasm for reinforcing the role of local plans but stressing that providing permission in principle in much of our towns and cities which are already heavily built up would be a big challenge.

We also drew attention to the big resourcing challenge that would be needed to run two planning systems alongside each other, and to the need for a wide-ranging public relations campaign if planning reform is to take place.

For 70 years now, people in all walks of life have had a broad understanding of how planning works and when you need to apply for permission - overturning this is a major communications issue

We have not yet heard much about the Government’s future plans for the White Paper, other than that there is likely to be a response after the 2021 summer holidays and possibly a Planning Bill in the UK parliament at a similar time. There has been speculation that the reforms may be less extensive than was suggested at first, but there is nothing concrete to go on.

Planning for a better future

In the policy vacuum in March this year, we put forward our own ideas in Planning for a Better Future, including:

We believe strongly that planning reform must engage with current key issues and key issues of the future, such as public health, inequality, housing quality, climate change, green jobs and nature recovery. One of the biggest disappointments in the White Paper of August 2020 was that the government seemed to have very little to say on these issues which are so important to the public.

For now, we can only wait and see what emerges in September. Sadly, I am not taking the train under the English Channel again any time soon, but I do wish all of those of you with holidays coming up that you have a great time wherever you are.