Planning in Italy and the spread of Covid-19 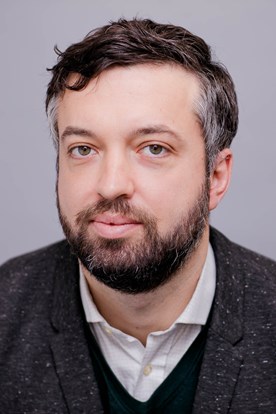 Italy seems to be disproportionately affected by the spreading of COVID-19, having paid so far one of the highest tolls globally in terms of human lives and bracing for a potential long-term economic downturn.

Urgent questions of why the epidemic has affected the country so dramatically are being raised – namely with the inadequacy of the response in Lombardy put under scrutiny. Interestingly, part of the answers are been sought in the spatial and environmental factors influencing the contagion rates. Understanding these might help to slow down potential future waves of the pandemic and help Italian communities to become more resilient in the future – with lessons for communities elsewhere.

On 21 March, cartographer Salvatore Monni, with a post on social media foresaw an impeding halt of manufacturing activities in Italy. By visually comparing two maps, he tentatively proposed a geographical correlation between COVID-19 cases and the presence of factories across the country. At that time, industrial work had not been stopped yet; and measures in that sense were to be announced by the government a few days later.

On 8 March, 16 million people had gone on a partial lockdown across parts of the country; however, travels for “demonstrable work reasons” remained allowed. Some cannot work from home and commuting patterns and contacts across manufacturing districts - which certainly kept busy as the epidemic developed - are seemingly a plausible contributing factor for the distribution of COVID-19 cases.

In a communique, Carlo Gasparrini from the Executive Board of Italy’s Istituto Nazionale di Urbanistica [National Institute of Planning], suggested that sprawl and the spatial distribution of employment should be taken into consideration when trying to explain Italian contagion rates.

Indeed, sprawl welds together Italy’s overwhelmingly small-sized manufacturing firms into continuous meshes of infrastructure and buildings spreading across towns in large swathes of the country. These in turn supported dense networks of commuting patterns and daily trips to access services, education, shops and leisure in the weeks leading up to 8 March.

For example, in the province of Bergamo, one of the worst affected so far, as of 2017 about 75,500 firms - or 88% of the total - had less than 10 employees. Possibly more than one third of them were in sectors which can be expected to have kept their businesses active under initial lockdown measures, including about 6,700 in manufacturing. Even after 26 March, a long list of critical economic activities remained permitted.

The province of Bergamo counts 243 municipalities – one of the highest number of administrative subdivisions in any Italian province – each covering an average of 4.2 sq miles. Most have planning powers to authorise employment locations. This is partly due to social structures and historical settlement patterns across northern Italy – sometimes described as a “diffuse city”. However, poor planning coordination has certainly contributed to disperse economic activities further in recent decades. The comparison with England’s 360-odd planning authorities overall is striking.

We still do not know if the presence of certain types of firms and work, a scattered distribution of these - and consequently of land uses - or the dimensions of firms is in a correlation with contagion rates in Italy. However, if such a correlation exists, further analysis along those lines might offer leads to devise resilience measures against future health threats.

The COVID-19 pandemic is forcing planners to face the gaps in our understanding of how cities and communities are bound together, but also prompting us to advance better public health with our work.

In 2019, PM2.5 air pollution is estimated to have caused around 45,000 premature deaths in Italy, the highest number in Europe, as part of a bleak and worsening global phenomenon. We know that sprawl is conducive to car dependency and inefficient fuel consumption. Scientists are looking into the links between air pollution and COVID-19 impact and deaths. While we wait to understand better those links, unsustainable patterns of development should be a reason for serious concern for all. Addressing them might hold the key to make economic systems more sustainable and resilient too.

Place, planning and how to recover from COVID-19

Lifelong learning in a global pandemic