Are the government's climate crisis proposals just a lot of hot air? 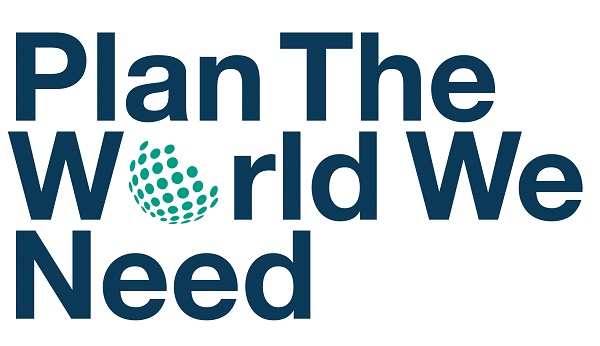 Of all the statistics that bring the climate crisis into frightening focus, the one that sticks in the mind was given by David Wallace-Ellis in launching his book, The Uninhabitable Earth. He claims that since the inter-governmental Committee on Climate Change was established in 1992, humanity has emitted more pollution than in all the millennia before. In other words, even since we knew it was a problem, the situation has become worse.

A combination of publications, movements like the Extinction Rebellion, actions by young people such as Greta Thunberg, have triggered a media blitz to the point that there is a danger it will all pass by like a tsunami, allowing us to feel that individual action is irrelevant when other countries, multinational corporations and the affluent elite show little sign of changing. While the planet will continue without humanity, human life will become unsustainable in many regions if global temperature exceeds 1.5˚C above pre-industrial levels[1].

So what actions are being proposed in the UK and what is the role of the professions? According to the joint Town and Country Planning Association (TCPA)/Royal Town Planning Institute (RTPI) report ‘Planning for Climate Change: A Guide for Local Authorities’ the government has committed to:

According to Carbon Brief, UK CO2 emissions were around 600m tonnes in 1990 and 38-44% lower than in 2017, largely due to the switch from coal to gas and renewables[4]. Currently, residential and business uses each account for 18% of all carbon emissions and transport for 33%[5]. Yet, the government’s Productivity Plan, launched in 2015, announced that: “The government does not intend to proceed with the zero carbon Allowable Solutions carbon offsetting scheme, or the proposed 2016 increase in on-site energy efficiency standards, but will keep energy efficiency standards under review, recognising that existing measures to increase energy efficiency of new buildings should be allowed time to become established.”

While the 2017 Neighbourhood Planning Act strengthens the powers of neighbourhood plans, it also creates a new legal duty on local planning authorities to set out their strategic priorities. The government has now indicated that these priorities should be expressed in a strategic plan. This plan is focused on high-level strategic issues set out in the National Planning Policy Framework, and these include action on climate change. So, national government has set an ambitious goal. However, as so often, responsibility for scoring the goal has been deftly passed to local authorities that have been subject to massive cuts during the last decade and are in no position to move, let alone score goals.

While the London plan states that major residential developments from 2016 should be net zero-carbon, no definition of a major development is provided, so developers will easily be able to claim that projects are exempt. To what extent will local authorities be able to require that the 500 tall buildings planned for London will all be carbon neutral? To say that “local planning authorities should engage constructively with developers to deliver well-designed sustainable buildings and high-quality local environments suitable for low-carbon living” is clearly intended to sound reassuring. However, given the efficiency with which developers routinely exploit Financial Viability Assessments to avoid including a reasonable proportion of genuinely affordable housing in new developments, prospects do not look good, especially as local authorities have been hit hard by a decade of austerity and limited professional capability weakens their hands in negotiations.

While the government claims to be a world leader on addressing climate change, the Committee on Climate Change reports that ”UK action to curb greenhouse gas emissions is lagging far behind what is needed, even to meet previous, less stringent, emissions targets. Over the past year, the Government has delivered just 1 of 25 critical policies needed to get emissions reductions back on track”[6]and in 2018 was on track on only seven out of 24 indicators underlying progress to achieve the 2050 goal[7]. The decision to postpone the COP26 conference on climate change which the UK was due to host in Glasgow during November 2020 due to the coronavirus pandemic will save the UK government from embarrassment in the short term by preventing it’s limited progress from being exposed. However, if its claims to be a world beater are to be more than hot air, it will need to do far more in order to deliver.

[2] The second commitment to reducing global emissions was not in the 2008 Act, but is included in the Department for Environment, Food and Rural Affairs 2018 National Adaptation Programme.

Geoffrey Payne is a housing and urban development consultant with more than four decades of experience in rapidly urbanising countries. He has undertaken consultancy, research, teaching and training assignments throughout the world for a wide range of development agencies and directed postgraduate teaching and professional training programmes in leading academic institutions. Geoff founded GPA (Geoffrey Payne and Associates: www.gpa.org.uk) in 1995 and has worked and published extensively on urban housing and land policy, land tenure and property rights, regulatory frameworks for urban planning and public-private partnerships for land and housing. He is a member of the Royal Town Planning Institute International Committee, a Fellow of the Royal Society of Arts and Adviser to the President of the UK Built Environment Advisory Group (UKBEAG).

Becky Farr: How planners have contributed to the Birmingham 2022 Commonwealth Games