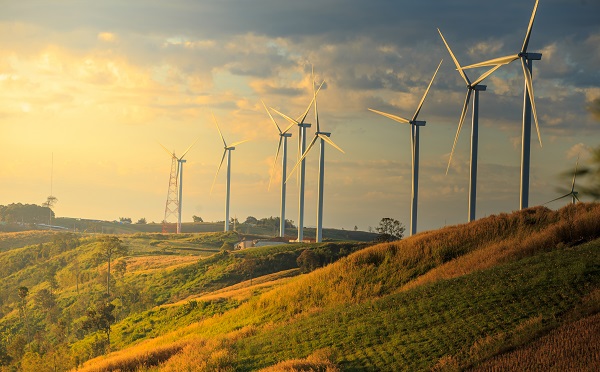 When we think of temporary planning consents most of us think of short-term uses for vacant sites. Wind farms are not often thought of as temporary. However, in Great Britain most wind farms have been granted time-limited consents of 25 years, with applications highlighting their temporary and reversible nature.

Wind farms are now starting to reach the end of their planning consent and we need to think about their future. This is a complicated issue, as on the one hand we need to increase renewable energy generation in the context of net zero targets; but on the other hand, neighbouring communities may be anticipating removal. Adding to this issue, it is extremely challenging to obtain consent for new onshore wind farms in England and many older wind farm sites have the greatest wind resource.

At the end of their planning consent wind farms have three main options:

Life-extension: increasing the planning consent of the original wind farm, usually for five to ten years. This is achieved through altering a condition of the original planning permission. Some components may be replaced but the overall height and layout of the site remain the same.

Repowering: removing the existing infrastructure and replacing with new. This requires a new planning application and usually involves a smaller number of taller, more efficient, turbines.

Decommissioning: removing infrastructure from the site and returning the land to its previous condition.

Existing sites have tended to reproduce

In England, Wales, and Scotland there has been a high success rate for repowering applications. Wind farms are thus existing for longer than the initial time-limited permissions would suggest. By 2019, 22 wind farms had been granted permission to repower and only two schemes had been refused permission. As life-extension involves changing a planning condition, applications are much less visible but have also experienced a high success rate. Meanwhile, only two wind farms have been decommissioned.

My research looked at the characteristics of permitted repowering projects. On average the number of turbines on a site decreased by 39% but the height of turbines increased by 90%. The average increase in installed capacity (megawatts) of the sites was 155%. Repowering creates clear benefits for energy generation. However, there is a need to consider how the change in visual impacts should be assessed and what weight should be given to community opinions. The high success rate for repowering also raises questions regarding whether it is still appropriate to consider wind farms as a temporary land use.

Planning regulation has been playing catch-up

Governments have only recently acted upon this policy challenge. While repowering is now supported in English and Welsh policy, little consideration has been given to how this should be facilitated in practice. A lack of detailed policy has created a difficult decision-making context for developers and local authority planners alike. In comparison, Scottish policy has set out a clear position of support for repowering and life-extension, providing greater clarity for decision making. Importantly, it has also considered how repowering can create greater benefits for local communities.

While time-limited consents are nowhere required in policy, they have become the norm. Only in Scotland has the government clarified that 25-year consents are not required. Scottish policy has also gone further to identify wind farm sites as suitable for use in the long term, a clear move away from wind farms as temporary.

Adding to the policy challenges, some of the earliest wind farms did not include adequate decommissioning conditions. For these sites there is a potential for infrastructure abandonment. Repowering and life-extension can provide the benefit of improving decommissioning requirements. However, this creates situations in which a longer life for a wind farm is the public ‘price’ of greater assurance of removal.

As planners we need to think about the future

The potential reversibility of wind farms has been rather taken for granted. Through the use of 25-year consents there has been a lack of consideration of what should happen at the end of this period. There is a need to move away from considering such infrastructure as  temporary and instead develop a longer-term approach to sites, as we are starting to see in Scotland. Policy also needs to be developed to ensure that we can repower suitable sites in a way that addresses any local community and environmental concerns. Time-limiting land uses can be beneficial but difficulties will arise if we do not consider the future.

Dr Rebecca Windemer is a postdoctoral researcher at Cardiff University. Her research has explored planning regulation and end-of-life decision making for onshore wind and solar farms. Her open-access paper was commended in the 2020 RTPI Awards for Research Excellence.