Women in planning – perspectives from Westminster 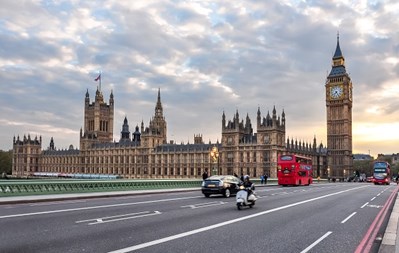 Fifteen years after the publication of Clara Greed’s seminal work on gender equality and placemaking and the RTPI’s mainstreaming toolkit, what’s the state of affairs regarding women in the planning profession and women’s ability to shape top planning policies?

Recent evidence suggests that female planners are still more likely to experience barriers to their professional advancement than their male counterparts. Compared to the ‘top four’ built environment Institutes, the composition of the RTPI’s membership is relatively diverse – with 39% female and 61% male.

But whilst the diversity of the membership may be slowly changing, this is primarily at lower levels. Representation at senior levels, both in the public and private sectors, is heavily dominated by males.

In addition to more female planners, what is needed is an institutional shift regarding the way gender specific needs are integrated in planning policies.

At the same time, the effectiveness of gender mainstreaming as a means of integrating the needs of women and men into spatial planning remains limited. The integration of gender into spatial policy-making has been held back by a host of different factors (and I’ll come back to these later), but a widely held assumption is that there are not enough women planners.

Most people would agree that if more women were in charge of building cities our urban environments would not only look different but would better reflect and integrate women’s needs.

But is that really the case? Can we really assume that there is a direct correlation between the number of women making decisions at high planning policy levels and female friendly or female friendlier environments?

About two decades ago, a similar debate reached its peak in Westminster – another place notoriously dominated by an important male contingent. For a long time, political theorists had disagreed as to whether men and women do politics in different ways. Some argue that women bring gender-distinctive skills to the political arena, others reply that the very idea of gender distinctive skills simply reinforces sexual stereotypes, while a third perspective (the ‘critical mass’ theory) suggests that, as long as female parliamentarians remain a minority, they will not be able to influence the passage of legislation beneficial to women as a group.

The influx of substantial proportion of women into British politics and in the devolved Welsh and Scottish political institutions in the 2000s provided the opportunity to empirically test the difference women’s presence makes in politics.

Successive surveys and interviews with female parliamentarians reported that women commonly perceive themselves to act in different ways than their male counterpart. They also usually give stronger support for issues of women’s rights and tend to express greater concerns about social policy issues.

But gender difference should not be exaggerated, since it is party affiliation that remains the strongest divider among parliamentarians. Crucially, many of the women MPs who participated in gender and parliamentary studies clearly supported the contention that women have a different style of politics, but a large number of them suggested that the dominant style of the House was not conducive to women acting in a “feminised” way.

How much of that is reflected in planning policy-making remains to be seen. Many factors have been shown to hinder attempts to mainstream gender into planning, including the need to accommodate social issues within the planning system; organisational and implementation difficulties; educational/training deficiencies; and conceptual ambiguity.

Would these challenges be dealt with more efficiently and, by extension, would female interests be better represented if more women were in charge of deciding or implementing planning policies? Perhaps.

But what the “feminisation of Westminster” suggests is that numbers alone are not enough. More women at top planning decision-making levels will not necessarily translate into female friendlier environments.

In addition to more female planners, what is needed is an institutional shift regarding the way gender specific needs are integrated in planning policies. This means reaching out also to male planners who are (and will continue to) making planning policy decisions in the future.

Beyond attitudinal and cultural changes, gender equality and mainstreaming in planning policy will only be achieved if effective guidance is produced and if monitoring procedures are designed to assess progress at both local and national levels.

Essentially, to integrate gender considerations effectively into planning policies we need to take gender mainstreaming and gender equality seriously. That is, as a long term, permanent activity with commensurate requirements in terms of ‘man’ power, time allocation and resources.

All in all, the road towards mainstreaming gender in our spatial environments might seem a long way to go but, in the words of former RTPI president Stephen Wilkinson, ‘planning like politics is the art of the possible’ and sometimes of the impossible too.

The RTPI is undertaking a study into the ‘professional journey’ of female planners – in particular, the barriers and obstacles directly or indirectly related to gender. Interviews with female planners working across the private, public, charity and academic sectors are running until 8th April. If you would like to be involved, please contact Prof. Aude Bicquelet-Lock at [email protected].

Blogs do not necessarily represent the views of the RTPI.

Tim Smith: My six years on the Conduct and Discipline Panel

Neurodiversity: What is the planning profession’s role?