Over the past year, two exciting things have occurred. Through our work with the Future Cities Catapult, a government-backed centre for smart cities, we have seen how technology and big data is transforming urban life and the planning system. And we’ve seen the devolution agenda gathering pace, with nine combined authorities emerging as a new model of government for English city-regions.

Many combined authorities now have the ability to create joined-up plans at the city-region scale...but success is not guaranteed.

But what is more important is that these two developments need to work together. Politicians need to harness technological innovations from the smart city to better achieve strategic planning and create smart city-regions, which benefit more people and places.

A skim through the NPPF shows that planners play a role in everything from tackling the housing crisis to combating climate change, from boosting economic productivity to improving public health. This breadth is why you often hear us talking about the need for strategic planning.

This simply means that complex issues cannot be dealt with solely at the local level, or by focusing on a single issue. Responses need to be coordinated action across wide geographical areas, such as housing and labour markets, or river catchments. They need to link up different sectors like housing, transport, economic development, health and the environment.

But in practice, this is difficult to achieve. In England, where political power is relatively concentrated in central government, policies and plans are generally made in departmental ‘silos’ often with little integration and coordination (e.g. housing policy which encourages growth in London and the South East often fails to account for water stress). Meanwhile, localism provides few mechanisms or incentives for councils to develop shared plans with their neighbours, which makes it hard to address cross-boundary issues like congestion and housing. And planning departments, which have suffered some of the deepest spending cuts in local government, often struggle to devote resources to proactive planning.

With the new wave of devolution, many combined authorities now have the ability to create joined-up plans at the city-region scale, and set up development corporations to coordinate land assembly and infrastructure delivery.

But success is not guaranteed. The National Audit Office recently warned that they are at risk from a lack of resources, internal political tensions, and the complexity of their mandate. It cautioned that this model of government could become just another ‘curiosity of history’. To avoid this outcome, where might we look for support? 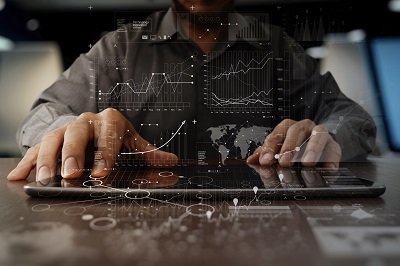 The rise of the smart city

Using big data to understand and manage flows of people, information and resources, the ‘smart city’ concept is an increasingly popular way to think about solutions to complex urban problems.

Smart cities use tools which make infrastructure networks operate more efficiently. These range from ‘dashboards’ which manage road traffic and prioritise repairs, to smart grids which reduce energy consumption, and from censors in water pipes that can automatically detect leaks, to apps which allow commuters to plan multi-modal journeys.

These developments offer an optimistic and visionary future, but they also deserve critical scrutiny. This agenda has so far benefitted the largest, wealthiest cities: those with good digital infrastructure, clusters of high-tech firms, plenty of smart phone users, and the capacity to innovate. By seeking to understand cities through data, it risks neglecting issues which cannot be easily measured. It can privilege new technologies like autonomous vehicles and drones over existing low-tech solutions like buses and bikes.

So, in the rush towards smarter cities, is there a way to ensure that these innovations benefit the widest possible range of people, places and issues?

With combined authorities emerging as a new governance structure for city-regions, there is a golden opportunity to harness the power of technology and roll out smart solutions which tackle the challenges of planning at this scale.

Through our work with the Catapult, we’ve seen how data and technology makes it easier to plan across geographical boundaries and sectors. For example in London, the GLA requires all boroughs to enter standardised planning information into a single database to monitor development trends across the city-region. Transport for London calculates public transport accessibility to help planners shape the density of new development. An interactive map shows planned infrastructure investments across sectors, including transport, energy, water and waste. Another map helps boroughs to plan heat networks and identify buildings which need an energy efficiency retrofit.

Elsewhere, the Greater Manchester Combined Authority is developing an integrated infrastructure map to support its new Spatial Framework. Birmingham City Council is testing a tool which models the impact of development proposals on ecosystem services, like biodiversity and flood mitigation.

With combined authorities emerging as a new governance structure for city-regions, there is a golden opportunity to harness the power of technology and roll out smart solutions which tackle the challenges of planning at this scale.

Our new project, Smart City-Regions, will explore how innovative tools and approaches can help combined authorities (and other bodies) strategically address economic, social and environmental challenges.

If you have stories to share, then please get in touch. We want to hear about barriers to strategic planning and the information, partnerships and tools which can help to overcome them. We want to see how data and technology can help identify sustainable locations for growth, coordinate infrastructure delivery, monitor progress, and build resilience. And we want to champion new ways of engaging communities in collaborative, long-term planning.

Let’s work together to make our city-regions smarter.

This work forms part of our Better Planning programme, which demonstrates how planning is part of the solution to major social, economic and environmental challenges.

Becky Farr: How planners have contributed to the Birmingham 2022 Commonwealth Games