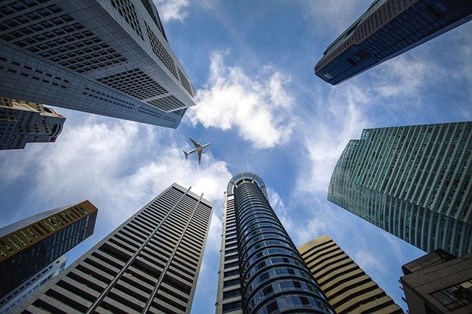 In the uncertain post-Brexit landscape, commentators and politicians alike have begun to bandy around ideas of adopting what has been termed a ‘Singapore Model’, something which is simplistically seen as a combination of deregulation, free trade and low taxation. What most commentators miss, however, is the centrality of land value capture to Singapore’s success.

In little over 50 years since independence from the United Kingdom, Singapore has become one of the richest countries in the world on a GDP per capita basis, while also managing to house more than 80% of its population in high-quality owner-occupied public housing, served by a comprehensive rapid transit network.

Much of the infrastructure central to Singapore’s success has been funded through land value capture, which in Singapore is operationalised through taxation of development uplift and the sale of land to private developers. While many aspects relating to the Singapore model are down to its unique political system and geographic circumstances, its system of land value capture and control over land is a model for the world in terms of its predictability, transparency and ability to ensure that the process of land development benefits society as a whole.

Let’s start with the sale of land to private developers. Following on from significant land acquisition from the 1960s onwards, the main supplier of land for development in Singapore is the government. Land is only ever sold on leasehold terms, and this lease term almost never exceeds 99 years, which allows for long-term land use flexibility.

This land is sold to developers at auction as part of the Government Land Sales programme, with clearly defined land use parameters and development intensity written into the land title. Revenues from the sale of land go into Singapore’s past reserves, which are managed by Singapore’s sovereign wealth funds, and a proportion of the investment returns from the funds provides an annual contribution to government revenues.

Much like old money, Singapore almost never spends the principal sum stashed within the past reserves. The supply of land available for sale can be ramped up and down depending on market demand and dynamics, and the specific location of the sites selected are a crucial lever in helping to push specific spatial planning objectives. In recent times, the calibration of land supply has been used in tandem with macro-prudential measures to stabilise the property market and improve affordability.

For sites being re-developed, development uplift – in simple terms, the difference in value between the existing use and the proposed use - is taxed through two inter-related systems: the Development Charge and the Differential Premium. The Development Charge applies to development applications on freehold sites, while the Differential Premium is levied as a fee for the lifting of title restrictions on leasehold sites previously sold by the government to developers.

The rates for this tax are set on a bi-annual basis by Singapore’s Chief Valuer through a table of rates and a sector map, which allows for the dynamics of the property market as well as differences in land values due to location and use to be taken into account. This tax currently stands at 70% of development uplift. Income from the Development Charge forms part of the government’s revenues, helping to fund the infrastructure required to support development, while differential premium and land sales income sit within Singapore’s past reserves, contributing towards longer-term prosperity.

This system is a clear, transparent and predictable way of capturing planning gain. It gives developers certainty on the obligations due to the planning system, while also allowing for the timely completion of the planning process without both sides getting bogged down in indeterminate disagreements. More importantly, it is a self-sustaining, long-term source of revenue that allows Singapore’s government to catalyse development and provide the space necessary for long-term needs.

Singapore demonstrates how it is possible to operationalise a system of land value capture that provides a revenue stream which could be used to unlock the infrastructure investment necessary to support further development.

Bringing this back to the UK context, a similar system could potentially allow local authorities to unlock a source of additional funding that can be used to overcome some of the barriers we currently see in terms of infrastructure and land preparation. Combined with a longer-term, strategic approach to the release of publically owned land, this could have a substantial impact on the ability of planning authorities to deliver development.

Rather than negotiate with developers over the financial contributions required to open up large areas for new housing or employment use, it is conceivable that much of this work could be carried out by local authorities or mayoral development corporations using the proceeds of land value capture. And from the perspective of developers, removing large parts of the uncertainty around planning gain coupled with the transfer of risky infrastructure undertakings back to local authorities could be a positive step as well.

Whether the political will to radically transform the UK's planning system in this manner actually exists is, of course, an entirely different question.

The views expressed here are solely those of the author in his private capacity.

The Levelling Up White Paper: What does it mean for planners?