Committing to the UN vision for sustainable cities

Over the past two weeks, the Presidential team has been busy, reaching out to members, fellow professionals and all those that will listen to us as we promote the value of planning.

The big event of the last two weeks was the UN Habitat's 10th World Urban Forum (WUF10), held in Abu Dhabi, UAE - I wrote a 'special edition' President's Report on the event earlier in the week.

The RTPI Corporate Strategy 2020–2030 has International planning as one of its 10 foundations. The RTPI has 25,000 members worldwide, around 2,000 of whom work across the world, in over 80 countries. As I quickly found out from the Department of International Trade's representative, the skills and professionalism of RTPI members are highly valued across the world.

The RTPI is one of the main planning institutes globally and at WUF10 we came together with other members of the Global Planners' Network to sign a new declaration committing to the UN vision for sustainable cities. It recognises the importance and value of planning and puts it centre stage in shaping our shared futures. The RTPI is also developing an RTPI Learn module to spread UK best practices about the SDGs to its membership, including the well-regarded approaches used in Scotland and Wales to align national policy and legislation to the SDGs. 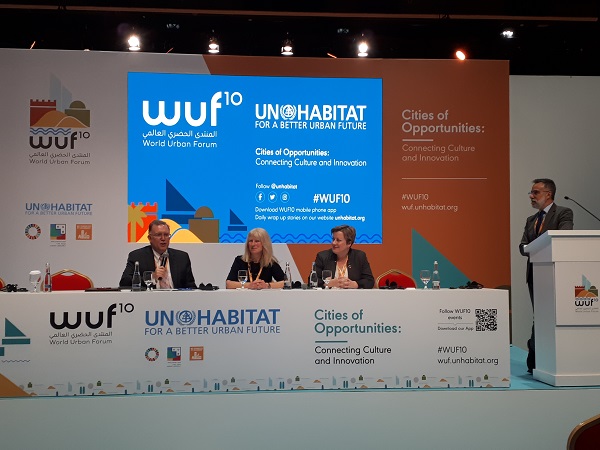 Key to making our presence felt on the world stage were the two events that I spoke at on behalf of RTPI members and a keynote RTPI-led session that I chaired. The two speaking events focused on 'Climate Action through Cultural Engagement' and 'The importance of urban play as a driver for culture and innovation'. The main RTPI session put planning very literally 'centre stage' in one of the main halls. This focused on exploring the opportunities that new technology can provide to support planners when delivering the SDGs. It was a great session with powerful case studies from Australia, Canada, Malaysia and on Plantech.

WUF10 was also an opportunity to meet RTPI members from across the globe. It was particularly good to meet up with Olafiyin Taiwo, a member of the RTPI International Committee, General Assembly and Planners 4 Climate Change. I was also very impressed with three young planners who have set up the first RTPI overseas network for members in Abu Dhabi. I also really enjoyed meeting with planners from AECOM, ARUP and Atkins who provided a unique and fascinating insight into planning in the Middle East.

Among the many other meetings at WUF10, two stand out in my mind. The first was with Maimunah Mohd Sharif, Executive Director of UN Habitat. Maimunah trained as a planner in Cardiff and has accepted an invitation to deliver the keynote address at The Planner Live in June on the UN's role in promoting sustainability and the role of planners in delivering the SDGs. The other meeting was at the British Embassy, where I met with the Rwandan High Commissioner. Rwanda are hosting the Commonwealth Heads of Government meeting in June – planning is on the agenda!

While I was at WUF10, vice-president Wei Yang and immediate past president Ian Tant were busy representing members at a range of key events in the UK.

As part of the delivery of the Corporate Strategy, the RTPI will be campaigning for well-resourced, effective planning functions that support the outcomes local communities want to see - safe, resilient, inclusive and beautiful places. With this in mind, Wei spoke with Victoria Hills at a roundtable to discuss the Building Better Building Beautiful Commission's Living with Beauty report. Wei highlighted the need to develop a long-term mechanism to value 'social capital' in our planning system, and the importance of investing in planning. 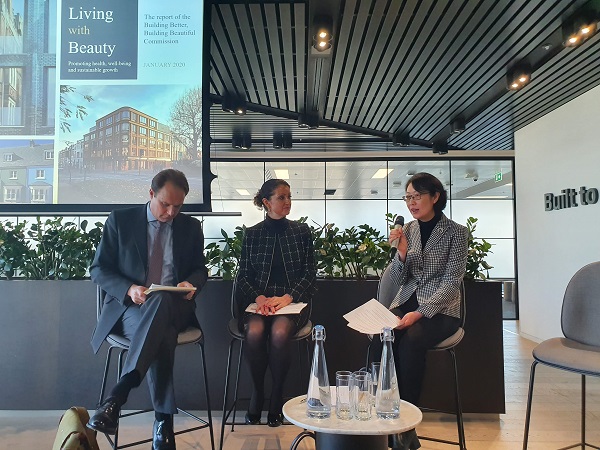 Wei also represented the RTPI at the 'Supporting Diversity and Inclusion in the Built Environment' roundtable at London's City Hall, and attended the Chartered Institute of Housing presidential dinner and an All-Party Parliamentary Group on Infrastructure reception in the House of Commons.

Ian represented members at a presentation at the House of Lords by the Nationwide Building Society of its Oakfield development in Swindon. The Nationwide has taken an active role in planning, designing and now the delivery of the scheme of 239 dwellings (including 71 affordable rent and shared ownership homes) with a major emphasis on community engagement. The Nationwide's Community Organiser will remain involved throughout the development to ensure that existing and new residents are kept involved and come together as a single community following completion.

Ian was back at the House of Lords to attend a session led by Lord Bird and colleagues in the Today for Tomorrow campaign which seeks a Wellbeing of Future Generations Act (extending the 2015 Welsh Assembly Act across the whole of the UK). The campaign is supported by a number of bodies, such as the World Wildlife Fund, which seek the application of the UN SDGs to all parts of the UK. Lord Bird has already tabled a Private Members' Bill in the House of Lords and Ian was able to feed in ideas and suggestions on behalf of the RTPI to this important campaign with which we share many concerns and values. 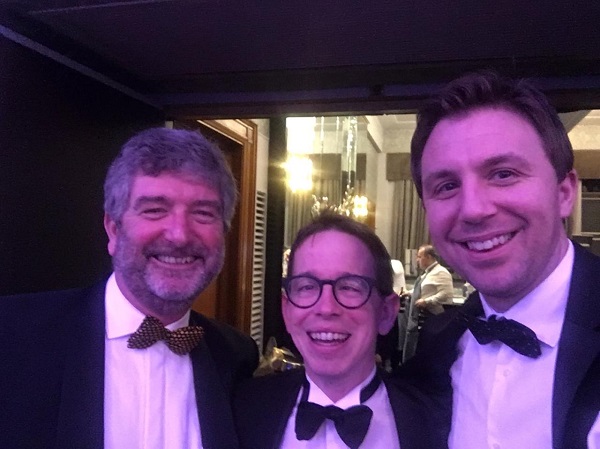 Above: At the Compulsory Purchase Association annual dinner, Ian caught up with CPA members Ian Gilbert (centre) and Greg Dickson of Barton Willmore in Manchester

Finally, Ian also attended the annual dinner of the Compulsory Purchase Association with which too few planners are involved but which is an increasingly important area of work for our local authority and private sector members in pursuing the delivery of sustainable development. The CPA is a key 'target' for engagement by the Institute in 2020 and it is hoped we will be able to share training as well as encourage more planners to join.