Paul Barnard, Plymouth City Council’s Service Director for Strategic Planning and Infrastructure, has been awarded the Royal Town Planning Institute (RTPI) Gold Medal in recognition of exceptional achievement in the field of town and country planning.

The Gold Medal is open to all classes of membership internationally and has only been awarded 15 times in the RTPI’s history. Past recipients have included such luminaries as Sir Patrick Abercrombie, Sir Terry Farrell and Sir Peter Hall.

Paul Barnard was described by the RTPI as an ‘exceptional’ town planner, whose leadership, planning expertise, ability to innovate and sheer determination have resulted in planning services at Plymouth City Council now being considered amongst the best in the country. 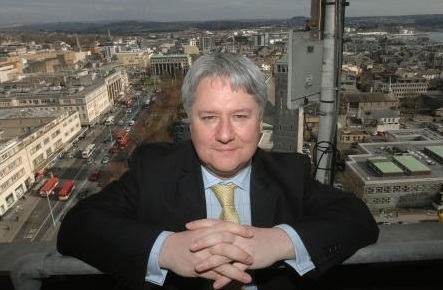 Paul Barnard said: “I have always been proud of planning and proud of what we as planners achieve. Planning is an inherently democratic process and I am therefore extremely honoured to be awarded the Gold Medal which, for me, acknowledges what local authority planners deliver day in and day out for the communities that we serve.

“Plymouth has been awarded the RTPI Silver Jubilee Cup three times in recognition of the creativity and innovation we have shown in delivering our proactive, positive planning philosophy. It has been a privilege and pleasure to lead such a dedicated group of planning and other professionals who work in the best traditions of public service.

“I became a student member in 1984 and I am grateful to the Institute for the leadership role it plays in supporting planners in their creative endeavours. It is truly humbling to be only the sixteenth recipient of the Gold Medal and to join such an illustrious list of visionary planners.”

Chair of RTPI’s Board of Trustees Sue Bridge said: “It is significant that the RTPI is awarding the highest honour it can give to a local authority planner who has delivered so much through positive planning.”