Good Planning vital for the next London Mayor

Good Planning vital for the next London Mayor 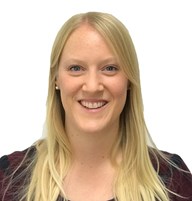 On Thursday 11th March, the RTPI London held a joint hustings event ahead of the mayoral elections on 6th May 2021.  This was run in partnership with the NLA and 18 other built environment organisations representing over 100,000 professionals working in the capital. The purpose of the event was to ensure the needs of the built environment industry were heard and mayoral candidates given the opportunity to answer.

The panel was made up of key built environment professionals and representatives from the mayoral candidates, which included:

Dr Wei Yang, President of the Royal Town Planning Institute, set out what she would like to see from the next Mayor of London. Within her speech she welcomed the 20-year vision of the London Plan and the approach of good growth but her favourite quote is to ‘plan a city that works for all Londoners as the population grows to 10.8 million by 2041’.

Economic growth should benefit communities at the local level, enabling a healthy and prosperous lifestyle. The pandemic has highlighted the spatial inequalities around the city which have had a disproportionate impact on deprived groups.

Planning is the crucial connection between plan making and placing making. Over the last twelve months Londoners has lived the local lifestyle and had time to explore what they need from the community in which they live, but also the city itself. By living and working at home, the pandemic has created a focus on the importance of community and what Londoners need to function at the local level. Post pandemic, this may encourage more people to get involved in local planning, participate in local issues and have their say in place making.

Ultimately, planning is about the future and future generations and planners and place makers should use planning as a taskforce to tackle place, space and the environment first.

So, what commitments are we expecting from the next Mayor of London? Do we agree with the housing targets, think we need more transport infrastructure, or do we want a bold commitment to the climate emergency? Maybe, it’s all of the above and more?

Housing was high on the agenda and there was an agreement that the housing deficit is something that the next Mayor will have to focus on.

The revised London Plan sets out that London needs an additional 66,000 new homes. It was estimated that London only has a theoretical capacity for 52,000, with 12,000 being bought forward on small sites. This will take time to achieve and the next Mayor should devise more policy to allow more houses to come forward and encourage the gradual densification of London, especially suburban London.

Housing is a human right, without it leads to ill health and poverty which puts a strain on London. The next Mayor will need to be united with each of the boroughs to deliver on these ambitious objectives and represent the needs of Londoners.

Transport has been hugely affected by Covid-19 which has led to a general reluctance to travel during peak hours. There has been a growth in alternatives methods of transport like walking and cycling and planners need to create spaces that create opportunities for walking and cycling, creating local spaces that people can work and live, providing greater spatial equality and social cohesion. Could we be looking at a car free city?

The next Mayor needs to understand the importance of the connect between London and the south east. As we move out of lockdown, commuting will continue to be a major feature of London life.

Pandemic-induced home working brings advantages and disadvantages to London. Less people travelling into the city will continue to have an impact on the high street, hospitality and transport network. Schemes such as the ‘high street for all’ which aim to enhance public spaces and find creative new uses for buildings will be important in maintaining a vibrant city in the future.

Overall, there was little disagreement on the need for planning in the future, good planning is essential for the next Mayor of London. Ultimately, planning departments need to be well resourced and have the right skills to deliver for Londoners.

The findings from the event will form a letter written on behalf of all organisations to the next Mayor.

The event can be viewed here: