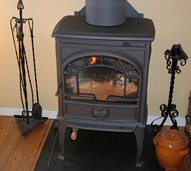 What is the new future homes standard?

The Future Homes Standard will be a new energy efficiency standard for buildings that will be set out in building regulations by government in the coming years. The government has proposed to introduce this new suite of standard for a number of years, but the timescale has slipped considerably, and it is now due in 2025, with the final requirements still to be confirmed. The changes are intended to help the UK to achieve its net zero commitment by 2050, as the built environment currently contributes around 40% of carbon emissions.

What does it mean for planners in London?

Since 2016 the London Plan has already set detailed net zero carbon requirements for new residential developments, including detailed energy assessments, with these shortly to be extended to non-residential schemes. The guidance for assessments was updated in draft form in April 2020. So many schemes in London have already moved towards heat networks and increased thermal efficiency to meet the new standards. Expect these standards to be updated to comply with the Future Homes Standard when more detailed legislation is brought through. Indeed, its response to the previous consultation, the GLA pushed for the future homes standard to offer a more stringent reduction to net zero, rather than the 75-80% reduction in building emissions currently proposed by the government. The GLA is also pushing for more consideration of whole life cycle emissions through its draft Circular Economy Statement guidance SPG and Design for a Circular Economy Primer, providing detail to the new London Plan's requirement for circular economy statements for new developments (Policy SI7).

What has recently been published?

Two documents were published by MHCLG in January 2021. These are:

A consultation response: Future Homes Standard 2019 Consultation on changes to Part L (conservation of fuel and power) and Part F (ventilation) of the Building Regulations for new dwellings Summary of responses received and Government response. This sets out some of the proposed changes as well as interim measures.

And a further round of consultation:

These were published alongside a draft impact assessment -a final impact assessment is due in autumn 2021 alongside a government response to The Future Buildings Standard consultation, the scope of which will include more specific proposals in relation to new dwellings, in particular the overheating aspect.

Notably, the consultation response commits the government to retaining the Planning and Energy Act 2008, which means that local authorities will retain powers to set local energy efficiency standards for new homes. While this provides certainty for local authorities wishing to set their own standards, this will continue to create a complex range of standards across the country to be met by the industry. For more thoughts on this issue see this Lichfieldsblog.

What is the timescale for the changes?

At present the future homes standard is expected to be brought into force from 2025 –meaning it is just four years away. Crucially, the intention is that homes will not be built with fossil fuel heating such as natural gas boilers. Work on the full technical specificationfor the Future Homes Standard has been accelerated and will be consulted on in 2023. The government intends to introduce the necessary legislation in 2024, ahead of implementation in 2025.

How will the changes be implemented?

It remains unclear just exactly how heating systems in new homes will be decarbonised, even if the new standards are in place. The government and industry have committed to trialling a fully hydrogen town by 2030, supported by BEIS, and early trials in the village of Winlaton near Gateshead have begun this year. And producers such as Bosch have also proposed creating so-called ‘hydrogen ready’boilers, then will gas continue to prevail until hydrogen networks are available to connect to new homes? Currently, eight out of ten homes in the UK use gas boilers, while estimates suggest that 90% of the homes that will be in use by 2050, when the UK is meant to achieve net-zero, have already been built.If you’ve ever been subject to the horrors of gasworks, you’ll know that it’s a delicate process upgrading the gas network alongside the infrastructure in people’s homes, much of which is also owned by the statutory providers. Prepare for lots of disruption as the gas network is replaced with a hydrogen network. However, research by Costain has found that the existing network may be able to carry hydrogen, initially hydrogen and natural gas may actually be mixed together, and separated prior to entering people’s homes, ensuring that those with hydrogen boilers can use them while a transition takes place. In Winlaton, 20% of the supply will be switched to hydrogen blended in with natural gas, with other trials ongoing, including in Fife.

Why is it important for planners in London?

The future homes standard is a key component of the government’s ten point plan for a green industrial revolution. Although there has been some confusion of the timing of its introduction, it is an important part of enabling the UK to become net zero by 2050. As planning will play a crucial role in delivering this commitment, this announcement is an important update on the government’s agenda in this area. However, it’s worth noting that changes to the planning system proposed in the Planning for the Future White paper, will clarify the longer-term role of local planning authorities in determining local energy efficiency standards. Meanwhile, the GLA  continues to apply its own moreenergy standards through the London Plan, and, through the new London Plan, has brought in new requirements for assessment, including assessments of the embodied carbon and lifecycle impact of buildings.